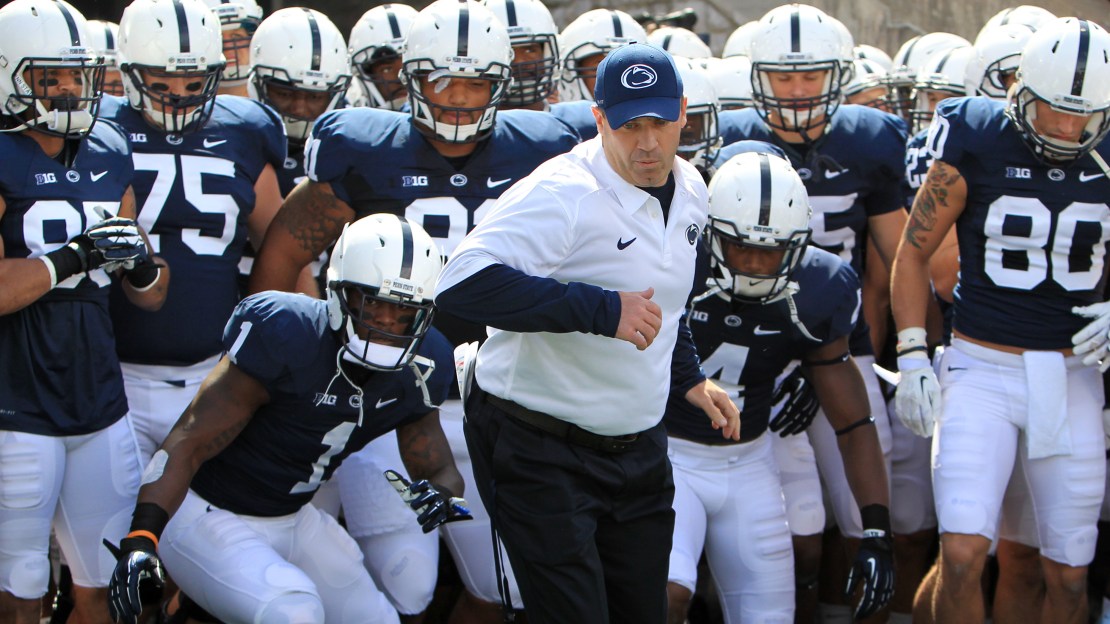 Penn State's Bill O'Brien has reached a contract agreement to be the new head coach of the Houston Texans, according to foxsports.com and other sources.

Let's be honest about these reports: We all knew this day was coming. We all knew O'Brien was going to leave Penn State for the NFL. But most of us didn't think it would happen this quickly.

But, that's OK. Penn State owes O'Brien a debt of gratitude. He gave more to Penn State than he took. The school will forever be indebted to O'Brien. Don't be a hater. And spare us your vitriol.

Instead, offer the 44-year-old O'Brien a heart-felt "congratulations" and "good luck" as he rides off to coach the Houston Texans. He's earned it.

Penn State got what it wanted from O'Brien: stability. The program is on the right track.

O'Brien got what he wanted: a chance to cut his teeth as a head coach and show that's he's a big-timer.

The brainy O'Brien pulled Penn State through its darkest days in the wake of the insidious Jerry Sandusky scandal that swallowed up the university's good name, forever stained the golden image of Joe Paterno and saddled the proud program with an NCAA probation that some felt was a worse fate than the death penalty.

And remember this: O'Brien took this job not knowing what NCAA sanctions Penn State was going to be handed. The program was smoldering, as Paterno was fired, subsequently died and saw his statue toppled in a stunningly swift descent. Amid that backdrop, the Sandusky trial and countless lawsuits loomed.

Was O'Brien crazy? Why would he want this job? Did have any chance for success?

O'Brien was undeterred. He set his jaw, bowed his back and dug in, pushing back against the negativity and meeting critics with a "hey-you-wanna-pick-a-fight?" mentality.

O'Brien was determined to help the glorious football program begin the arduous process of returning to relevancy, even after the NCAA brought down a Bunyan-esque hammer of punishment in the summer of 2012 that included massive fines, a bowl ban and crippling scholarship cuts that caused many to howl over the perceived injustice of it all.

But, a funny thing happened on the way to the college football dumpster: O'Brien and Penn State won. And, they won a lot despite playing with a roster whose depth was razor-thin and more on par with a FCS program. Didn't matter.

Who will ever forget O'Brien's prideful and pointed comments at Big Ten media days in 2012? O'Brien and his players stood up for Penn State in the wake of waves of cynics and naysayers.

The 2012 season began in dubious fashion with a 24-14 home loss to Ohio. And that was followed by a 17-16 defeat at Virginia. "Penn State was in trouble," was the storyline. Big trouble. It looked that way.

At that point, Penn State could have continued to circle the drain. But, O'Brien wouldn't let it happen. The Nittany Lions ripped off five victories in a row en route to a stunning 8-4 record that included a 6-2 Big Ten record that was highlighted by a season-ending 24-21 overtime triumph over eventual Big Ten champ Wisconsin.

The surprisingly good times continued to roll this past season, as O'Brien engineered a 7-5 mark that included a 4-4 record in the Big Ten. So, add it up, and that's a two-year mark of 15-9 overall and 10-6 in the Big Ten with a second- and then a third-place finish in the Legends Division.

Had any coach done more under similar trying circumstances in the history of the sport? We don't know, since no coach ever had to deal with a similarly bizarre world that was Penn State football.

O'Brien and Penn State scored perhaps their biggest victory of the last two seasons off the field in September, when the NCAA announced it was going to reduce the scholarship sanctions.

And many program-watchers think the school's bowl ban soon will be lifted, as well.

As quickly as those storm clouds built over State College, they began to clear. It's remarkable, really.

So, don't criticize O'Brien for leaving for the Texans. Instead, simply thank him for getting the program back on its feet, priming it with a future that has gone from bleak to bright.

It helped that O'Brien was the perfect coach at the perfect time for Penn State. His NFL background was ideal for a program that was dealing with depth issues. He knew how to practice efficiently and safely to avoid injuries from his days working in the pros, where rosters are limited to 53 men.

In the end, O'Brien is doing what's best for him, his family and his career. The guy matured as a coach in the NFL, working for Bill Belichick and the Patriots from 2007-11, and he loves the sport at its highest level. He's never made a secret of that.

And, I always remember this when it comes to universities and coaching: The door swings both ways. Schools regularly dump/fire coaches who still have time left on their contracts if the coach isn't performing to expectations. Is that fair? So, why should a coach be cast as a pariah if he leaves with time left on his contract for what he perceives to be a better situation?

Whoever moves into O'Brien's office will inherit a solid program. Yes, depth still will be dicey and some lean times could be around the corner, but Penn State won't bottom out like many thought. The worst is in the rear-view mirror-and it really wasn't that bad.

There's some good, young talent, led by quarterback Christian Hackenberg. Other notables who will return on offense are running backs Zach Zwinak and Bill Belton, offensive tackle Donovan Smith, a bunch of good tight ends led by Kyle Carter and Jesse James and wideouts Geno Lewis and Allen Robinson, who may turn pro. On defense, the Nittany Lions will have guys like linebackers Nyeem Wartman and Mike Hull, defensive back Adrian Amos and end Deion Barnes, among others.

Whoever gets the job will have O'Brien to thank for making Penn State a much better place than what he found.