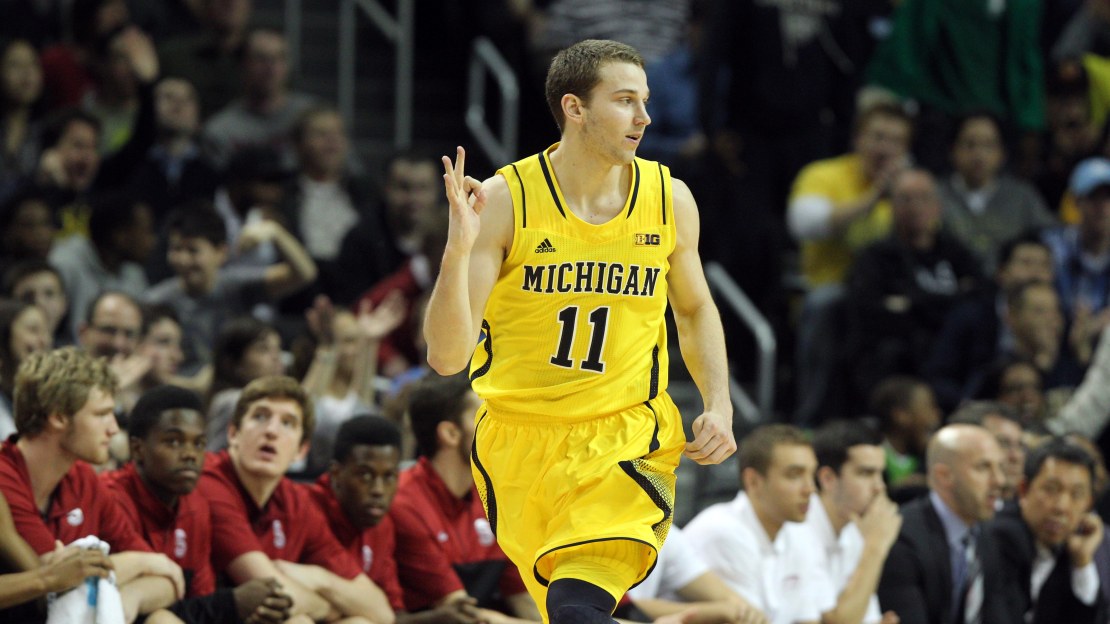 The new year is fast approaching, which means that Big Ten play is just around the corner. A total of six Big Ten teams will hit the hardwood on Saturday, highlighted by a quadruple-header of hoops in store on BTN.

The other two matchups on Saturday include Nebraska at Cincinnati at noon and Wisconsin vs. Prairie View A&M at 2 p.m.

With that said, let?s go ahead and rank these Big Ten games from top to bottom.

Both of these teams are enjoying successful starts to the season. Nebraska has won five of its last six, including impressive wins over Miami (FL) and Georgia. Cincinnati, on the other hand, has won three in a row, which included a one-point victory over Pitt. The Bearcats are perfect at home this weekend, but Nebraska will be one the toughest challenges they have faced up to this point. Both of these clubs average 73 points per game, while the Bearcats shoot 43 percent from the field and the Huskers sport a 45 percent clip. Talk about an even matchup.

It may be tough to find another team throughout college basketball that has had as challenging of a schedule as Michigan has. The Wolverines already have four losses and we're still in the month of December, but those loses have come against the likes of Duke, Arizona, Iowa State and Charlotte, four teams that have a combined record of 39-5. John Beilein's club will have its hands full on Saturday night with a Holy Cross team that is 6-5 on the season and gave North Carolina a run for its money in Chapel Hill back in mid-November. The biggest question is how will this team adjust after the loss of preseason All-American Mitch McGary? We will find out pretty quickly in this one.

Illinois is flying high right now coming off an impressive 65-64 win over Missouri. So, will the Illini be able to take care of business in the team's final nonconference matchup of the season against IUC. All signs point to yes. The Flames have had plenty of struggles this season, including a 35-point loss to Northwestern back on Nov. 20. This will be a good tune-up matchup for John Groce's program before they kick off the Big Ten season at home against Indiana on New Years Eve.

Tom Izzo's club looks to be hitting on all cylinders heading into Big Ten play. But before the Spartans kick off conference play, they will host a 3-4 New Orleans team out of the Southland Conference. New Orleans is coming off an impressive win over UTEP, but this team has had plenty of blemishes up to this point, including a 80-65 blowout loss to Minnesota earlier this month. Michigan State big man Adreian Payne looks like an early Big Ten Player of the Year favorite, and he should thrive against a New Orleans team that shoots under 43 percent from the field. Expect the Spartans to roll in this game.

Minnesota is one of the early-season surprises in the Big Ten. The Gophers have been impressive in nonconference play, despite a first-year head coach in 31-year old Richard Pitino. Minnesota is 10-2 on the year, with its only slip-ups coming against Syracuse and Arkansas, two teams with a combined 20-2 record. Texas A&M-CC is a different story, having lost seven straight games, including an 0-4 clip on the road this season. Look for Andre and Austin Hollins to put up big-time numbers in this contest.

Wisconsin will look to complete an undefeated nonconference season, but in order to do so, the Badgers must get by Prairie View A&M. Wisconsin has been outstanding this season, averaging 75 points per contest while holding opponents to just 62 points per game. And it's not like Bo Ryan's team has played a cupcake schedule either. Wisconsin has notched several impressive victories over the likes of St. Johns, Florida, Virginia and Marquette. Prairie View A&M has been anything but impressive, posting just two wins this season and coming off a 39-point loss to a 6-5 Western Michigan club. This one should be a rout in Madison.