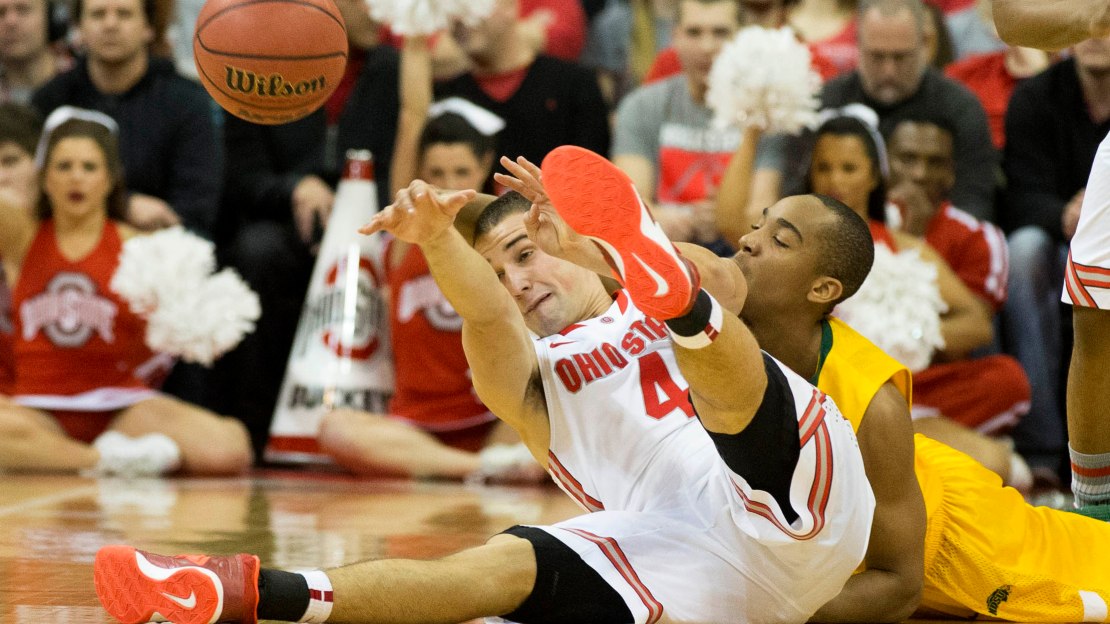 We sit mere days away from Big Ten play, so it seems a proper time to evaluate the strengths and weaknesses of the conference's defenses. Possibly the best way to do that is through detailed shot data. The best defenses will limit open threes and shots at the rim while forcing opponents to take low value two-point jumpers.

Michigan has a fantastic defensive shot distribution, but the Wolverines have been mediocre when it comes to opponent effective field goal percentage. What gives?

The answer: Michigan doesn't block many shots. The Wolverines rank last among Big Ten teams in block percentage, so opponents are getting off a lot of clean attempts, plus Michigan doesn't get the big side benefit of altering–and not blocking–opponent shots. The result is that opponents are making 67 percent of their shots at the rim (next-to-last in the conference) and 39 percent of their two-point jumpers (last in the conference).

There's probably also some bad luck at play, as most teams simply won't convert at those rates on a consistent basis. Still, the lack of a fearsome interior defender holds back the Wolverines' defensive potential.

At the other end of the spectrum, Indiana is allowing a ton of looks at the rim, but the Hoosiers rank ninth in the nation in defensive effective field goal percentage. How can that be? You guessed it–shot-blocking.

That can be partially explained by Indiana's shot-blocking prowess–after all, good shot blockers alter shots even when they don't block them–but there also seems to be some good fortune and/or strength-of-schedule effects at work. It will be interesting going forward to see if Indiana can continue to stop opponents while allowing them so many dunk and layup attempts.

Given these numbers and the low 27.8 percent three-point shooting of Hoosier opponents, I'm not completely sold that this is a top 25 defense like KenPom's adjusted defensive efficiency says it is. It seems that reversion to the mean could be biting Indiana's defense in the near future. On a team that will have to rely on defense to grind out an NCAA tournament bid, that's troubling.

The Big Ten has two other teams that rank in the top 10 nationally in defensive effective field goal percentage: Ohio State and Iowa. Both teams owe a large chunk of this accomplishment to the frigid three-point shooting of their opponents. As past studies have shown, opponent three-point percentage is largely out of the defense's control. We should instead look at three-point attempt percentage to gauge a team's perimeter defense, and it is in this area where the distinction is clear. Ohio State is doing a good job of limiting three-point attempts, which indicates that the Buckeyes aren't giving up many open looks. This aligns well with what our eyes tell us about Ohio State's perimeter defenders–Aaron Craft, Shannon Scott, and Lenzelle Smith might be the best defensive trio of guards in the nation. Even if opponents start to make a higher percentage of their threes, it's not going to hurt the Buckeyes that badly, since they aren't giving up that many open looks to begin with.

Iowa, on the other hand, is allowing gobs of three-point attempts, and opponents are just missing them. Some of that is due to the lack of good interior options for the Hawkeyes' opponents–Iowa's interior defense is quite good, so opponents are likely stretching the definition of a good shot on the perimeter–but some of it is just dumb luck. The Hawkeyes have a fantastic offense, but I feel their defense just isn't quite up to snuff to compete for a Big Ten title.

This weekend brings mostly cupcakes, with the exception of Nebraska's visit to Cincinnati. After the weekend, conference play is set to begin on Tuesday with a New Year's Eve quadruple-header. It's been another successful nonconference slate for the Big Ten, but the real battle is about the begin.