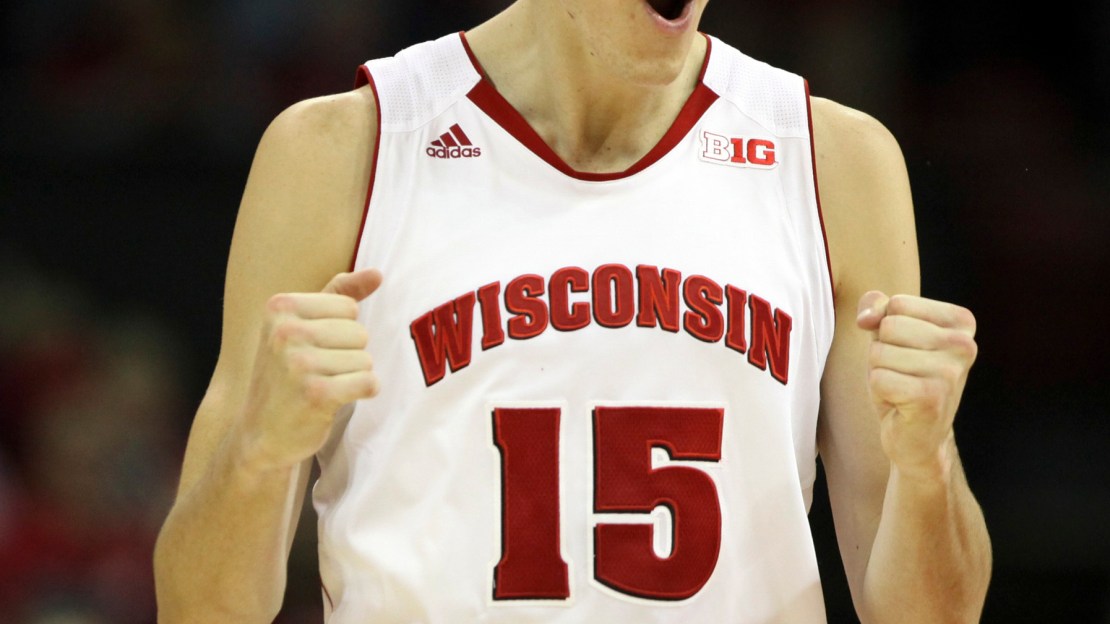 Wisconsin continued to roll, with a win over Marquette on Saturday. For whatever reason, the Golden Eagles have been an annual root canal for the Badgers. Entering the game on Saturday, Bo Ryan was 6-6 against Marquette, despite the fact that Wisconsin has clearly been the better team on balance over those seasons.

And although Marquette pulled to within 3 with about two minutes to play, this was a game that Wisconsin controlled throughout. The outside shots weren?t falling (27 percent on 3s), which would normally be a problem for a team so reliant on 3s as Wisconsin is. But the Badgers controlled the paint and hit 19-of-23 free throws to post an offensive efficiency of 1.15 points per possession. Sam Dekker led the way with 21 points (11 shots), 10 rebounds, and just one turnover. The offense was welcome on a day when the defense wasn?t working, as Marquette posted its second-highest offensive efficiency on the season (1.05 points per possession).

That?s actually the curious thing about the Badgers. It seems either the offense or the defense shows up-but not both. The pessimist might think this is evidence of inconsistency, but I tend to think it?s cause for optimism. Frankly, despite the 10-0 start against the toughest non-conference schedule in the Big Ten, I?m not sure we?ve seen the best that Wisconsin has to offer. Despite our earlier reservations, Wisconsin?s defense appears to be just fine. A part of that might be the fact that Wisconsin's rotation is already pretty well-defined, despite the fact that it's still early in the season.

Frankly, I?m not sure there?s a better team in the Big Ten. And if you?re looking for an excuse to predict the Badgers will take the conference crown, consider that the Badgers play Ohio State and Michigan State each just once this season.

Random, but it wouldn't be a surprise to see Wisconsin sitting at 16-0 heading into a road trip at Indiana on January 14.

Aside from the Badgers, most of the rest of the conference was busy beating up on cupcakes. The lone exception was Nebraska, which was the cupcake to a vastly superior Creighton team. Other notes from around the conference include Illinois finding its outside shot in a blowout win over Auburn, and Purdue reminding us that one impressive victory over a Boston College does not a turnaround make, as the Boilers were challenged a bit too much by a bad Eastern Michigan team. Matt Painter continued to fiddle with the starting lineup, this time starting four freshman. Clearly, Painter is not sold on his team's turnaround, either.

This week is more of the same, as none of the teams will be challenged until Iowa visits Ames to take on Iowa State on Friday. That kicks off a pretty interesting weekend, with plentiful quality matchups. Until then, we?ll tide you over by taking a look at some of the trends early in the season.

And before we leave you, we give you Sam Dekker's dunk: