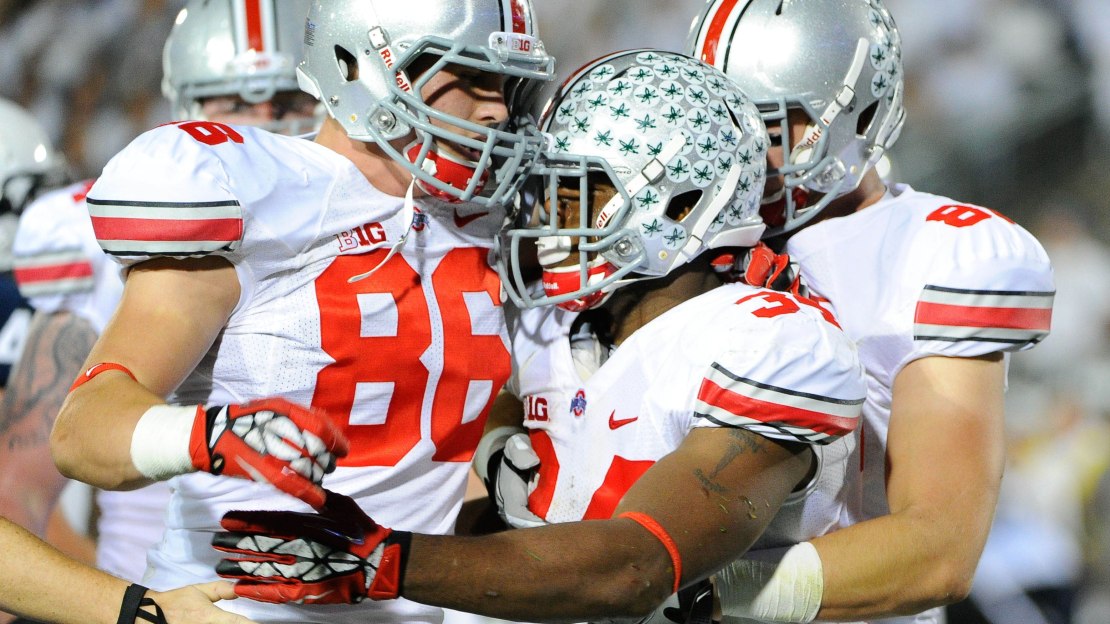 Kickoff is just hours away. BCS No. 2 Ohio State and BCS No. 10 Michigan State each has a lot on the line in the third annual Big Ten championship game. For the Buckeyes, a victory figures to push them to the BCS title game. For the Spartans, a triumph will mean a trip to the Rose Bowl for the first time since the 1987 season.

Here are three X-factor players for each team to watch in tonight?s game.

Jeff Heuerman. He and fellow tight end Nick Vannett could make some big plays in the passing game running seam routes down the middle. Heuerman is third on the team in receptions with 24 for 373 yards and three scores. Vannett has six grabs for 58 yards and a score. At roughly 6-6, 250 pounds, they are big targets who can run, making them mismatches for most linebackers and safeties. If these guys are exploiting the middle, the formidable Buckeye rushing tackle will be extra difficult to slow down.

Michael Bennett. When the Buckeye defense is mentioned, the focus typically is on linebacker Ryan Shazier and cornerback Bradley Roby. But the 6-3, 285-pound junior is an underrated playmaker in the interior of the line. He?s adept at stuffing the run, but it?s his ability to make plays in the backfield that?s uncanny. Bennett?s 11.5 tackles for loss and 7.0 sacks rank second on the team. He could be a real disruptor on the inside.

Dontre Wilson. The uber-fast true freshman receiver/running back has speed unlike anyone else on the Ohio State roster. And that?s saying something on this team. The staff likes to get the 5-10, 180-pound Wilson in space, where his quickness and moves make him a challenge to tackle. He could hit for a few big plays on a jet sweep, quick pass or return. Quick scores demoralize any defense. And if OSU can get a lead on the Spartans, it would put pressure on a MSU offense that?s not really built to play from behind.

Connor Cook. The sophomore quarterback has slowly developed into more than just a game manager. He?s making good decisions in the passing game, boasting a 17-4 touchdown-interception ratio. But a reason why he initially won the job was because of his athletic ability, as he gives the read-option some teeth in the MSU attack. Cook?s ability to get to the edge should open the middle of Ohio State defense for physical running back Jeremy Langford. If the Spartans can run, that will wear down the Buckeye defense, shorten the game and keep the ball away from the high-octane OSU attack.

Bennie Fowler. The fifth-year senior isn?t a flashy weapon, but he?s a steady force for a Spartan receiving corps that has developed from a unit plagued by the drops into a dependable corps. Fowler has 31 grabs and leads the team with 496 yards receiving, averaging 16.0 yards per catch. He also paces MSU with six touchdown catches. Fowler is a good route runner who could exploit an Ohio State secondary that at times struggles in coverage. And this is a Spartan attack that will need some big plays in the passing game to create room for running back Jeremy Langford.

Denicos Allen. When discussions of the Michigan State take place, the conversation typically swings to players like Darqueze Dennard, Shilique Calhoun and Max Bullough. No doubt, they are studs for a defense that ranks No. 1 in the Big Ten. But Allen is the guy who leads the team in tackles with 83. The senior also is No. 1 in tackles for loss with 15.0 and has 5.5 sacks. The 5-11, 218-pound Allen is like a safety, playing with uncommon speed at outside linebacker. And that speed-along with his tackling ability–will be needed to help contain Braxton Miller, whose big plays have to be kept in check.