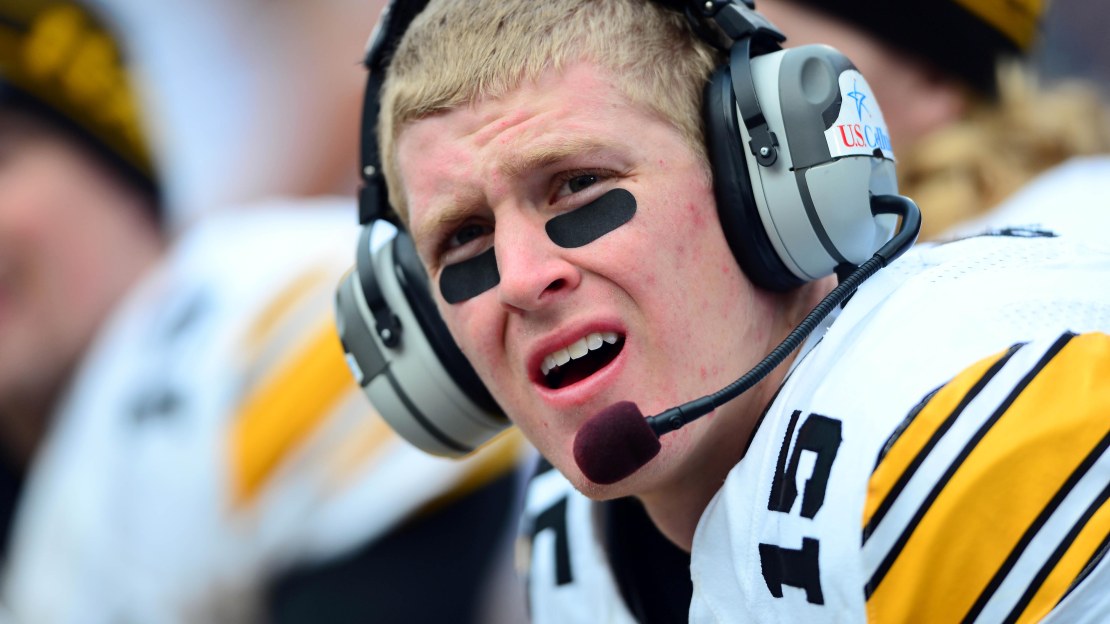 It hasn't been a great year for Big Ten quarterbacks. Returning stars Braxton Miller, Taylor Martinez and Kain Colter have missed extended periods due to injury, while Devin Gardner has been inconsistent and turnover-prone. Luckily, for the conference, a few first-year starters have exceeded expectations.

Guys like Indiana's Nate Sudfeld, Iowa's Jake Rudock and Penn State's Christian Hackenberg all are in the midst of strong seasons.

Which one has been the most impressive, though? It has to be Rudock.

Look, we weren't sure who would start for Indiana at the beginning of the season, but we knew the winner of the still-ongoing derby would compile gaudy numbers. As for Hackenberg, everyone knew about his credentials and the weapons he inherited (Allen Robinson, Jesse James and Kyle Carter).

Rudock? Nobody knew anything about this kid prior to kickoff. Not only that, he was taking over an offense that struggled, to put it politely, in Greg Davis' first season as offensive coordinator. Things were so inept last season, James Vandenberg threw seven touchdown passes. Yes, seven!

Few, if any, pegged Rudock to have this much success. Not from a guy who had never taken a snap and who inherited an offense that was an absolute dud last year. Well, he's gotten it done, and he has Iowa fans excited about the future.

Bailey. RT @BTNBrentYarina Which first-year starting QB has impressed the most this season: Hackenberg or Rudock?

@BTNBrentYarina @BigTenNetwork rudock for sure

@btnbrentyarina @bigtennetwork Hackenberg gets the edge because he's a true freshman. Rudock is a RS sophomore.

@BTNBrentYarina @BigTenNetwork Absolutely Hackenberg, the way he handled the mich game showed a lot of maturity and potential

Armstrong RT @BTNBrentYarina: Which first-year starting QB has impressed the most this season: Hackenberg or Rudock?