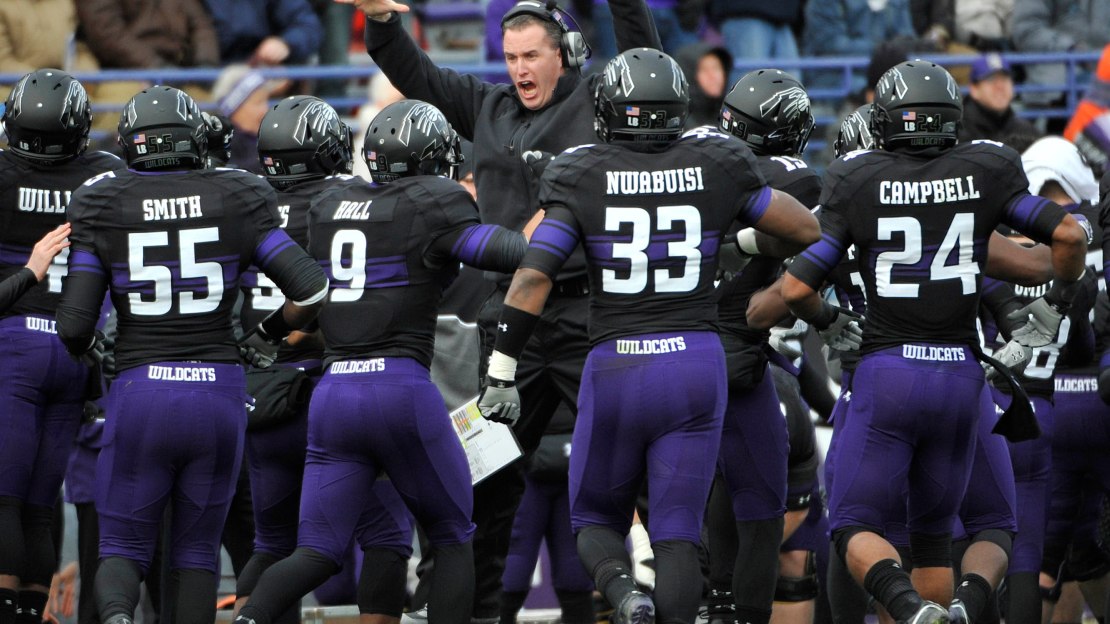 These are high times for Pat Fitzgerald and Northwestern, as they prep to play one of the biggest games in school history on Saturday night vs. Ohio State. In fact, NU has been a solid program for almost 20 years now, dating to Gary Barnett?s miraculous revival back in 1995. But, it wasn?t always like that.

Rick Venturi knows. In fact, he lived the misery as Wildcats head coach from 1978-80. That in many respects was the nadir of the program, which went 1-31-1 overall and 0-26 in the Big Ten during that three-year span.

Venturi, 67, went on to a successful 27-year run as an NFL assistant with the Colts, Browns, Saints and Rams, but the Northwestern alum (a quarterback/defensive back from 1965-67) was shaped by his Evanston experience.

[ MORE: Is Saturday night's game the biggest in Northwestern history? ]

Here is Venturi-now a successful radio analyst based in the Indianapolis area–in his own words:

"It?s amazing what has gone on. I came in when Ara Parseghian was on his way to Notre Dame. It was a really winning program. Ara had done a great job. The school was very relevant. He had beat Notre Dame four straight years, which is how he got the job. I signed to go there with Alex Agase. We didn?t have winning teams, but we were super competitive. We weren?t real skilled but played good and had some big upsets.

Then, Coach Agase hired me right out of college at 21 to coach defensive backs for Northwestern. In 1970-71, we had those two winning seasons. We finished second in the Big Ten in 1970. We were rolling. I thought it was the greatest thing in the world. Then Coach Agase went to Purdue and I followed him.

In the meantime, the presidency at Northwestern changed and they brought in a guy named Bob Strotz. And he basically killed the program. It was a 25-year disaster. After I was at Purdue, I went to Illinois for a year and then Northwestern brought me back as head coach in 1978.

At that point, I was the youngest coach in Big Ten history at 31. I remembered the job as I did in 1970-71, those winning seasons, and felt we could win again. But it became my biggest nightmare. If it was religion, I would have been called a zealot. I had that kind of passion for it. I was young. When you are young, you make mistakes.

The difference back then is the commitment wasn?t there. Strotz really wanted Northwestern to be in the Ivy League. He made no bones about it. The first question I would have to answer when I went in a home was if Northwestern was going to stay in the Big Ten. Seriously. I know that sounds crazy now. But if you were at those dinner tables in 1978, that?s what you got. They weren?t committed and facilities had gone to an all-time low.

It?s a totally different landscape now. You had 120-130 scholarships back then. Now, you have 85. That has really helped places like Northwestern. Back then, Bo and Woody would lose someone in Dallas and they?d come in and take one of your guys at the last minute. Lower scholarship numbers opened a tremendous pool that guys like Dennis Green, Francis Peay and I didn?t have.

When they got a new president in the early 1990s, they got the opportunities to win. They could control the schedule, which we couldn?t do. We were playing teams we shouldn?t have been playing in non-conference.

Gary Barnett doesn?t get enough credit. He took it from the ashes. He had some advantages, but at the end of the day, he took a 25-year disaster and got it to the Rose Bowl. That was an amazing feat. Since then, you have basically a winning tradition to sell.

They have run that cutting edge offense for a long time and were one of the first teams to spread it out and open it up. They found an offense that?s perfect for the institution. They could get quarterbacks and skill people, which I always felt we could get back then. Now they attract them even more so.

And hiring Mike Hankwitz as defensive coordinator was key. I have known him for years. The toughest thing you have at Northwestern is how to play good enough defense to complement your offense and win games. The hiring of Hankwitz solidified that to where they are a respectable defense without superb talent. It all fits now and they are carrying it to another level.

Can Northwestern ever win a national title? That?s hard to say. But if Stanford can be in the conversation, then in some respects there?s a comparison there."