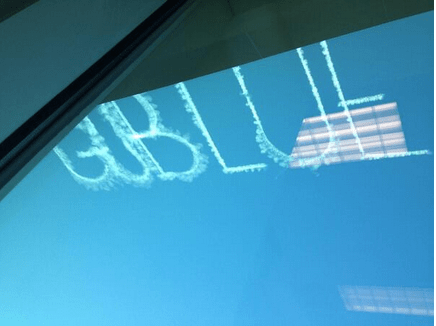 It was just 10 days ago that Denard Robinson appeared on #BTNLive and said that Michigan State ranked No. 3 on Michigan's rivalry list, behind both Ohio State and Notre Dame.

"Ohio's the biggest one. No. 2: Notre Dame. And No. 3: Michigan State's our little brothers," Robinson said.

Well, just over an hour before Michigan State was set to kickoff against Youngstown State, a plane flew over Spartan Stadium, writing "Go Blue" in the skyline. See a picture of it in the tweet above.

I would say that's a sign of a rivalry, wouldn't you Big Ten fans?

This just adds fuel to what should be a great in-state battle on Nov. 2 at Spartan Stadium.