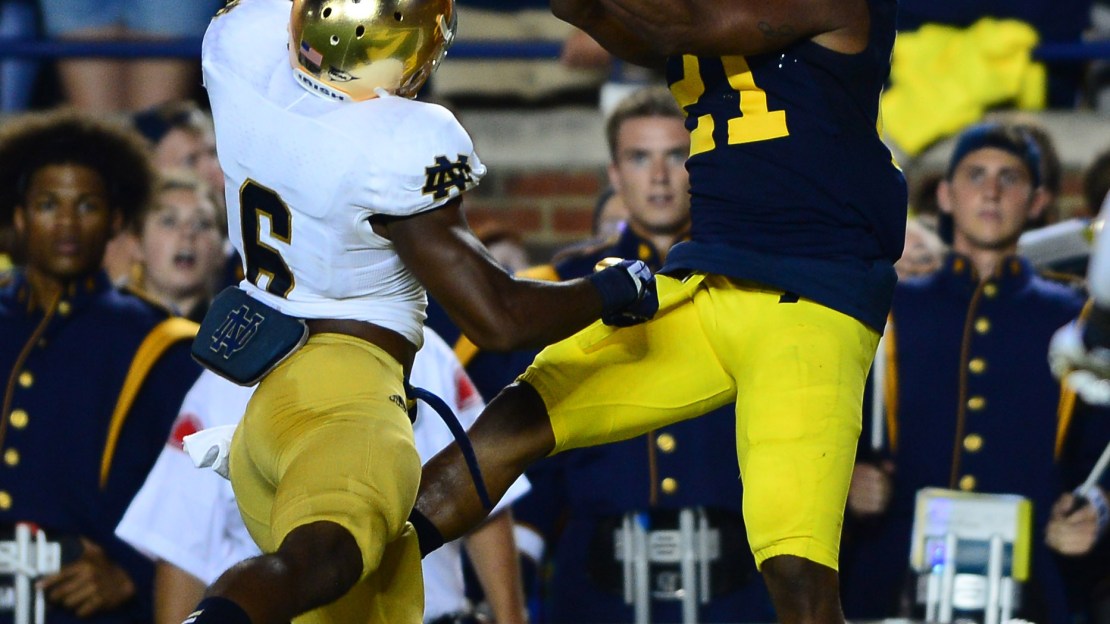 Week 2 of the college football season was a pretty darn good one for the Big Ten, wouldn't you say? As a whole, the Big Ten went 11-1 on Saturday, with the only slip-up being Indiana's 41-35 loss to a good Navy team. With that said, it's time to hit the rewind button and take a look back at the top plays and twitter reactions from this weekend.

See my updated roundup as I dig deep into the twitterverse and pull the best football-related tweets from athletes, coaches and beat writers around the Big Ten.

Did I miss something? Tweet it to me at @BTNSean

Kain Colter is making the Orange look very silly. JUUUUUUST stretches into the end zone after a huge run to make it 27-7.

Great TD run and stretch for the score by Kain Colter. Awfully impressive first half by Northwestern.

So, why is Shilique Calhoun not playing offense in certain packages?

Imagine this…. Rob Henry and spread with Raheem Mostert and Akeem Hunt and Cottom as power back. Dalapo, Gary and oj as wideouts… Sigh

Um, OK, #Purdue scores a touchdown on the opening kickoff on a reverse - B.J. Knauf fields the ball, hands to Akeem Hunt, who goes distance.

All #Purdue's Akeem Hunt does is score long touchdowns.

Deuce-one from Michigan is legit

Jeremy Gallon is looking like Desmond Howard tonight. And not just because of the jersey number.