Ready for Saturday? Take this Pop Quiz and find out 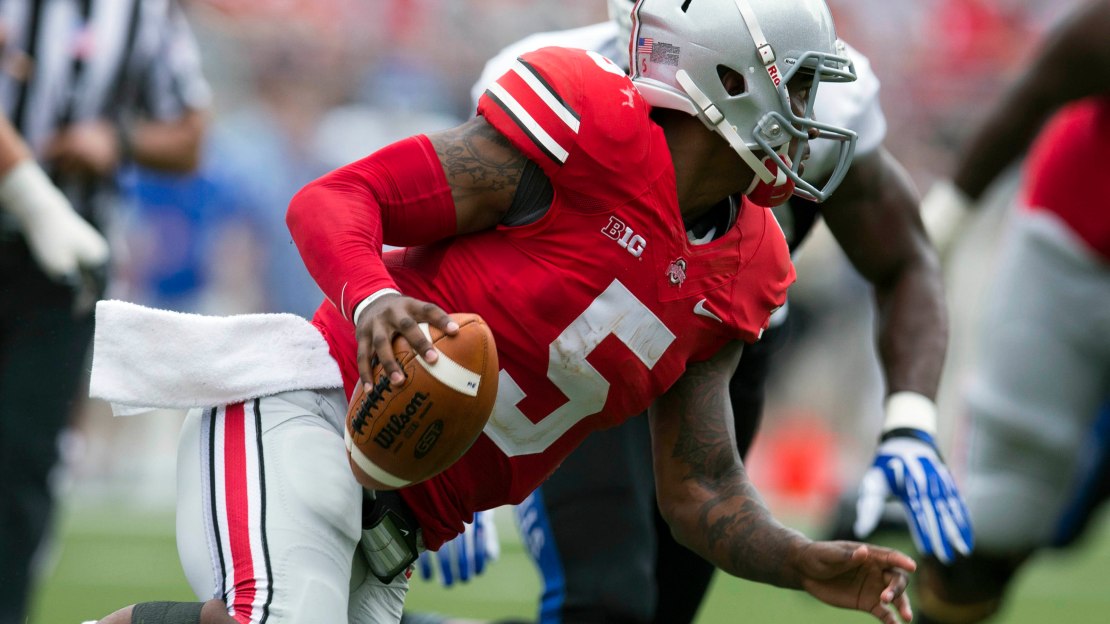 It?s Friday, one day before the big test on Saturday. So, here?s a pop quiz to make sure you?re up to speed before kickoff. Get out your No. 2 pencils ? eyes down ? begin.

1. How many Big Ten teams will score 50 or more points this Saturday?

Answer: C. Ohio State (San Diego State), Wisconsin (Tennessee Tech) and Nebraska (Southern Miss) will score at least 50. And that will make Barry ?Half-A-Hundred? Switzer smile, wherever he is. The post-game tailgating will start early in Columbus, Madison and Lincoln. Save me a Diet RC Cola and some Velveeta and Rotel Cheese Dip!

2. Who will start at quarterback for Michigan State?

3. Which of the three Big Teams playing FCS foes will win by the lowest margin?

A. Purdue vs. Indiana State

B. Wisconsin vs. Tennessee Tech

Answer: A. This is a Boilermakers offense that?s, well, struggling. Let?s go with that word: struggling. Yes. Can Rob Henry pass? Who is the go-to receiver? Are there any running backs in the house? Yes, Purdue will win vs. the Sycamores, but it has much to sort out on offense and won?t post a pinball score on Saturday. Ok, let?s hear it: ?Hail, hail to old Purdue ? ?

4. How many yards will Nebraska?s defense allow to Southern Miss?

Answer: B. A calmer, gentler Bo Pelini didn?t flip-out after last week?s 602-yard debacle. And, his players will respond with calm, cool deadliness vs. overmatched Southern Miss. Now, what will happen the next Saturday when UCLA visits? Ah, forget it. Let?s just enjoy the moment, OK? Put on your corn hat and enjoy the day.

5. True or False: Urban Meyer will spike his headset this Saturday?

Answer: False. I?m guessing a message was delivered by Urb and his staff after the Buckeyes sleep walked through the last three quarters vs. Buffalo (Buffalo?). The pedal will be pressed firmly against the metal vs. San Diego State. Poor San Diego State. So, not only won?t Meyer spike his headset. He won?t even perspire.

7. Which team has the most prove in Week Two?

E. All of the above

Answer: E. The Buckeyes need to play four quarters like a national title contender should vs. a lesser foe; Devin Gardner needs to show he can deliver a big win over a good team; the Spartans need to produce on offense; the defensive bleeding has to stop for the Cornhuskers.

8. Aside from quarterback Devin Gardner, who will be Michigan?s most vital player on Saturday vs. Notre Dame?

Answer: C. This will be the best defense Michigan sees all season. Really. And the strength of that defense is up front in massive Louis Nix and Stephon Tuitt. Nix is a 342-pound nose man, while Tuitt is a 312-pound end. This will be a big test for a trio of new starters on the interior of the Wolverines? offensive line. And the clash between Tuitt and Lewan will be epic on the edge and likely will set the tone for trench play. But, this thing could come down to Gibbon?s making a kick.