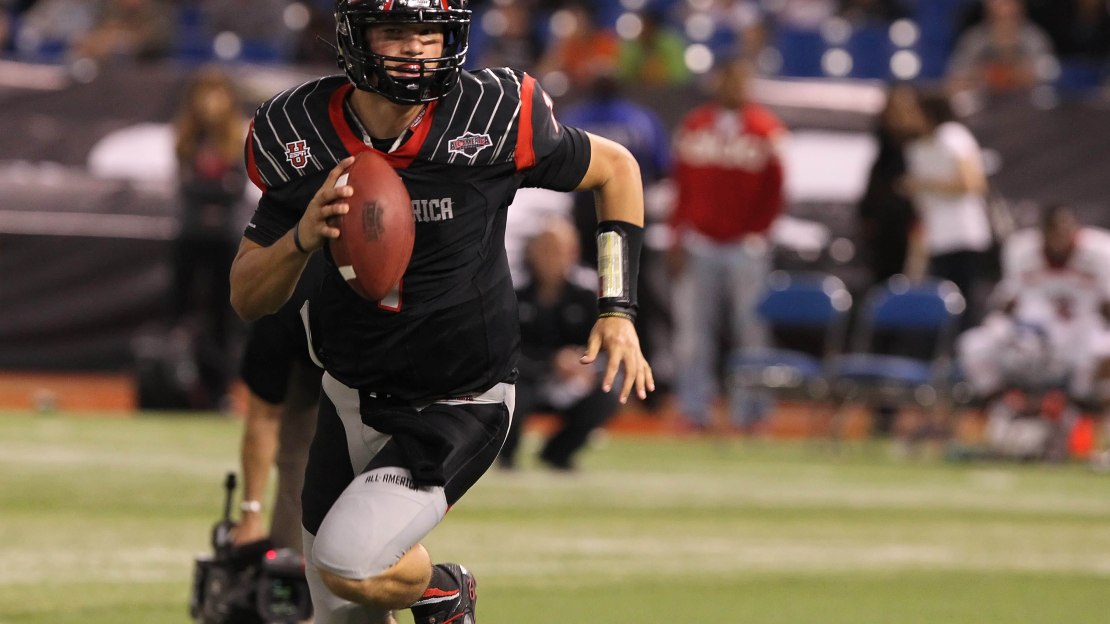 According to an ESPN report, true freshman Christian Hackenberg will start for Penn State on Saturday when the Nittany Lions open the season vs. Syracuse in MetLife Stadium.

Penn State coach Bill O?Brien has been mum on the subject, saying fans would find out who was starting at game time. But the 6-3, 215-pound Hackenberg looks like the choice.

Hackenberg battled JC transfer Tyler Ferguson in camp for the quarterback job after Matt McGloin graduated following an 8-4 season. The tandem waged a close contest, with Hackenberg apparently winning the post. He has a strong arm and good pocket presence, able to make all the throws while also being a good athlete.

The heralded signal-caller arrived in State College with a fat scrapbook as the crown jewel of the 2013 Penn State recruiting class with a five-star rating by Scout.com. Hackenberg now looks primed to be the face of the program as it continues to work its way through a crippling probation that has reduced scholarships to under 70.

The good news for Hackenberg: He?ll be surrounded by veteran talent. The line welcomes back three starters, led by guard John Urschel. And Hackenberg will have skill talent around him, too, led by wideout Allen Robinson, who paced the Big Ten in receptions (77), receiving yards (1,018) and receiving touchdowns (11) in 2012.

Also back is 1,000-yard rusher Zach Zwinak. Bottom line: Hackenberg will be able to ease into the complex O?Brien offense, seemingly not having to carry a big load as he gets up to speed. Plus, Penn State has perhaps the best collection of tight ends in the Big Ten, led by Jesse James, Matt Lehman and Kyle Carter.

This seemingly is a perfect situation for a true freshman quarterback to be in.