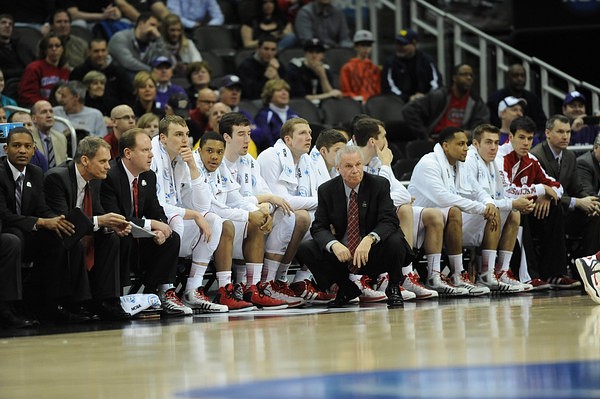 Chicago Bulls strength and conditioning coach Erik Helland has been named to the same post for the Wisconsin men's basketball team, the school announced Friday.

Helland, who joined the Bulls in 1988 and has served as the head strength coach since 2001, has over two decades of experience as a certified National Strength and Conditioning specialist and level I USA Weightlifting coach.

?We are extremely excited that Erik will be working on a day-to-day basis with the Wisconsin basketball program,? head coach Bo Ryan said in a release. ?He is renowned in the field of strength and conditioning and specifically basketball training."

?I get excited to work with great people, and that is what this opportunity represents to me first and foremost,? Helland said. ?I think that the core values and principles that Coach Ryan has built this program on are ones that we share and make it a great fit me. For me, it is right people, at the right place, at the right time.?

What they?re saying about Erik Helland?
?Erik has been an integral part of our organization for a long time. I hate to lose him but I understand why this is such a unique and special opportunity for him and his family. He is far more than just a great strength and conditioning coach. He embodies what winning is all about. He is a terrific leader, teacher and communicator. He will help each individual player develop and reach their maximum potential. He will be a perfect fit for Wisconsin Basketball.?

?Eric has distinguished himself as one of the top strength and conditioning coaches in the field. He has done an incredible job for our franchise and was well respected by our players. Not only was he successful in developing our players, but he also impacted many young strength coaches who have gone on to have successful careers.?

?Erik is one of the best in the business. He was an integral part of the Bulls championship runs and was really loved and respected by the players for all the hard work he put in and the improvement we all saw under his guidance.?