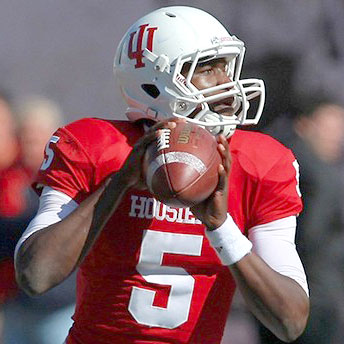 It?s the time of week when I reach into my mailbag. Another good batch of correspondence from BTN readers and viewers. I appreciate all of the cards and letters. Keep them coming.

Is it fair to compare some SEC assistant coaching salaries with those in the Big Ten, in light of the size of Big Ten athletic departments? For example, I could pay football assistants more if my school had 12 sports vs. 36. Most Big Ten school have substantially more sports than other conferences. – JC

I don?t think Big Ten schools sponsoring myriad sports is a reason why assistant salaries aren?t on par across the board with the SEC. For instance, Florida is a big school with lots of sports-and it pays its football assistants better than most Big Ten schools. Ditto Tennessee. It really comes down to priorities. Football is very, very important in the SEC. And that?s reflected in many ways-including assistant coach salaries.

Football is important at Big Ten schools, too. But if the Big Ten wants any shot at catching the SEC, it needs to pay coaches the same way regardless of how many sports a university sponsors. Remember: In life, you usually get what you pay for. High salaries don?t guarantee success, but there is a correlation between high salaries and high-achieving schools. Conversely, low salaries almost always guarantee mediocrity-or worse.

If the Big Ten expands, would it consider the Texas market? Here are a few reasons why I think SMU might be a good fit:

Those are just a few reasons. – Michael Shore

Jim Delany has said the Big Ten isn?t actively looking to expand. But, if it was, the state of Texas would offer a lot of good things-as you note. I?m not sure SMU would fit the profile of school that the Big Ten is looking for. To me, the most ?Big Ten like schools? in the state are Texas (Big 12) and Texas A&M (SEC); and I don?t think either is going anywhere.

As a long-time Nebraska fan, I have watched us struggle for over a decade to try to get back to being an elite top-10 team. What do you think would really put us there? Football has changed in the last decade and we seem unable to keep up in some areas. – John McGlade

Nebraska hasn?t won a league title since winning the Big 12 in 1999. That?s a long time ago! The Huskers did play for the national championship after the 2001season. But, since then, Nebraska hasn?t been an elite program. In fact, the Huskers haven?t been to a BCS bowl since that trip to the Rose Bowl to play Miami (Fla.) in the title game. Nebraska has invested all the necessary resources to be successful. The support if off the charts, just like the facilities. It gets down to getting better players. Yes, it?s that simple.

I did not see Penn State mentioned as a team that you thought should be ranked this season. Is that because they are on probation and can't be ranked? Or do you not see them being as good as better than the Big Ten schools you have ranked? – Big Ten fan

While I like the core players Penn State has, I just don?t think we?ll see the Nittany Lions in any preseason polls. But if Penn State can avoid a rash of injuries that would compromise its already thin depth (67 scholarship players), Penn State could be a big factor in the Big Ten work its way into the rankings. Bill O?Brien showed he?s a good coach last season.

It?s good to know there is a chance for Indiana to be bowl eligible this year. Is the defense going to be better? – Ryan Eaton

I like this Indiana team, as Kevin Wilson is building something good. He also scored a nice recruiting class last February. This offense could be very good and carry the Hoosiers to their first bowl since the 2007 season. The defense? I don?t think it will be much better. IU lost some good tackles on the interior, who arguably were the best players on the defense. The athletic ability is improving, but is the unit physical enough?

Who will be the Spartans' quarterback? I go back as a fan a LONG way, and I can tell that Andrew Maxwell is not the answer (happy feet). I think Tyler O'Connor has the most talent (until the true freshman Damion Terry comes in), but he's green. Connor Cook isn't as skilled but is a player.  Maxwell plays scared, period. Your thoughts? – Faygo

I think in the end that Maxwell will get the starting nod. I just think Mark Dantonio will want to go with an experienced quarterback as the Spartans enter a critical season coming off a disappointing 6-6 mark. We could see a package installed for one of the more athletic quarterbacks, giving the offense an added dimension. Perhaps Maxwell will perform better if the receiving corps improves. And he will be protected by a veteran line. But the running back situation remains in flux after spring ball. Le?Veon Bell will be missed-a lot. If Maxwell and offense are struggling a month into the season, I would expect a change under center.

How bad will Iowa be? – Mark Helland

Let?s look at it this way: Can Iowa rebound from a 4-8 season, the program?s worst since 2000? Most definitely. The Hawkeyes will be challenged, no doubt. The defense could be solid, especially the linebacking corps. The key will be finding some playmakers up front. The bigger issue will be the Iowa offense. I think the running game will be solid. There?s a nice collection of backs (Mark Weisman; Damon Bullock; Jordan Canzeri) and a potentially strong line. The big key will be the passing game.

Who will be the quarterback (Jake Rudock, Cody Sokol, C.J. Beathard)? Will the receivers step up (Tevaun Smith, Jordan Cotton, Jacob Hillyer, Kevonte Martin-Manley)? If there is some offensive balance, Iowa could be a bowl team. If not, the Hawkeyes could miss the postseason for a second season in succession. That hasn?t happened since Iowa missed bowls from 1998-2000.