Spring Preview: Work ahead for Hawkeyes 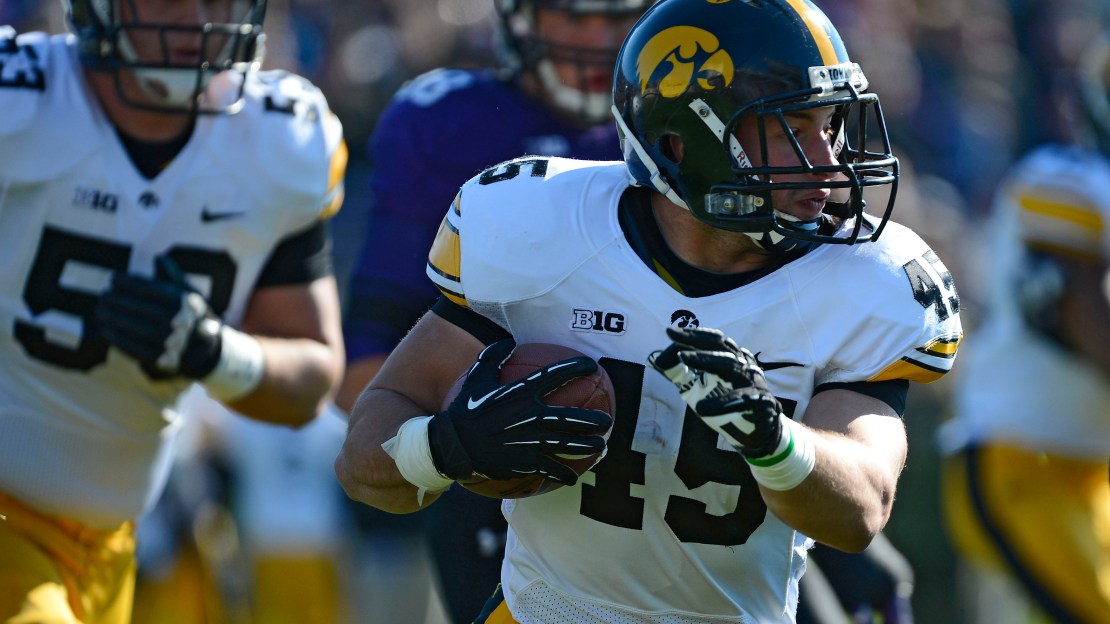 There is a sense of urgency in Iowa City, as the Hawkeyes look to rebound from the school?s worst season since 2000. There has been plenty of work to do on both sides of the ball, but the offense has the most heavy lifting. Except for running back and line, Iowa has questions on offense. The defense? A search for playmakers up front is on. That has made this an interesting spring for the Hawkeyes, as Kirk Ferentz begins his 15th season on campus.

BTN provides live coverage of Iowa?s spring game at 3 p.m. ET Saturday on BTN2Go only. It will debut on BTN at 8 p.m. ET Sunday. Remember, you can also watch previous spring football games on BTN2Go, too.

This moribund attack needs to continue to develop in Year Two under coordinator Greg Davis. Only Illinois was more anemic when it came to scoring in 2012, as Iowa averaged a paltry 19.3 points. The Hawkeyes will need to break in a new quarterback with James Vandenberg gone. No quarterback on the roster has taken a snap. The top contenders are sophomore Jake Rudock, former JC transfer Cody Sokol and redshirt freshman C.J. Beathard. Little has been decided thus far in the spring for a battle that figures to drip into August.

And the receiving corps must step up under new coach Bobby Kennedy, who worked with Davis at Texas. Their chemistry should help the offense. But are there any playmaking wideouts? At least TE C.J. Fiedorowicz looks like a stud. Iowa threw seven touchdown passes last year. Let me type that again: Iowa threw seven touchdown passes last year. The offensive line should be good even though it has to replace C James Ferentz and T Matt Tobin.

Keep an eye on the defense and second-year coordinator Phil Parker. Iowa hired former Virginia coordinator Jim Reid, who will bring plenty of experience to the table. The unit needs to develop some playmakers off the edge up front. Iowa was last in the Big Ten in sacks and tackles for loss in 2012. Dominic Alvis needs to be a stud up front. The good news: This unit is led by what could be the top linebacking corps in the Big Ten in James Morris, Christian Kirksey and Anthony Hitchens.

Overall, staff changes muddy the waters, as Ferentz has hired six assistants over the past 14 months. After 2011, Ferentz replaced both coordinators (Greg Davis on offense; Phil Parker on defense), and changed his offensive (Brian Ferentz) and defensive line (Reese Morgan, who was offensive line coach) coaches and hired a new linebackers coach (LeVar Woods). After 2012, Ferentz switched his running backs (Lester Erb), receivers (Erik Campbell) and defensive backs (Darrell Wilson) coaches. Got all that? What has happened to what once was a bastion of stability?