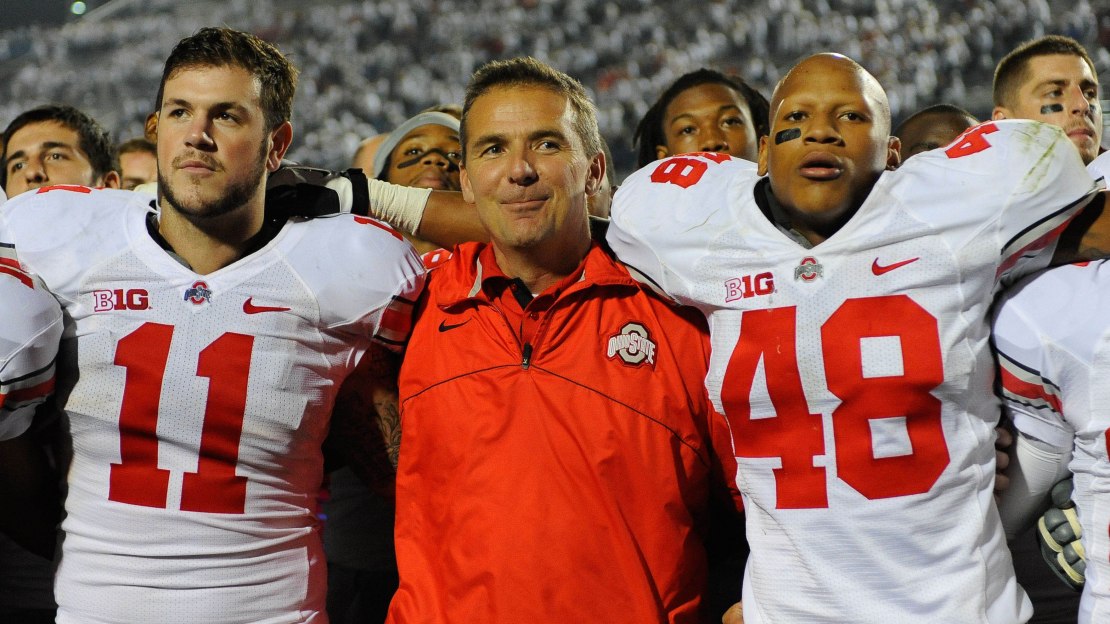 Sporting News' Matt Hayes released his complete ranking of every college football coach Monday, and a pair of Big Ten coaches landed the top 10. Ohio State's Urban Meyer came in at No. 2, behind only Alabama's Nick Saban, while Northwestern's Pat Fitzgerald checked in at No. 8. See where every Big Ten coach is ranked in this post.

Too high: Bill O'Brien (13) – I get what O'Brien accomplished last season under terrible circumstances and with a depleted roster, but he's been a head coach for a grand total of one season. In other words, it's way too early to accurately rank him, let alone put him 10 spots ahead of a guy like Brady Hoke, who won at Ball State and San Diego State and has put Michigan back on the map.

Too low: Brady Hoke (23) – Put it this way: Hoke is only six spots ahead of former Michigan coach Rich Rodriguez. Yeah, Michigan fans will have a field day with that one. Seriously, though, what does Hoke need to do to get more respect? The guy turned Ball State and San Diego State into winners, and he immediately put Michigan back on the map despite inheriting a roster that didn't fit his system.

Biggest surprise: Pat Fitzgerald (8) – Not that Fitzgerald isn't worthy of being mentioned among the nation's elite, it's just rare for Northwestern to get the respect it deserves in these kind of things.