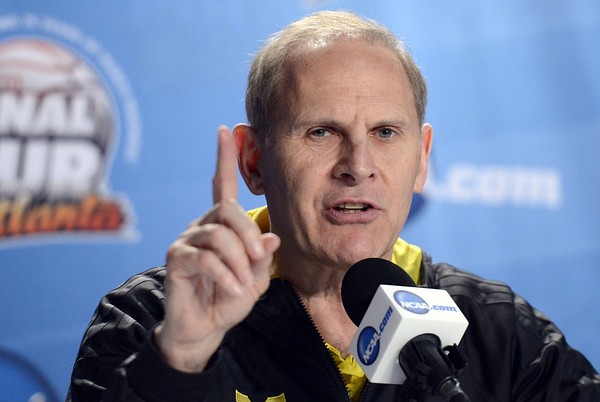 "(My preference would) probably be very much like baseball," Beilein said. "I think that would be a great thing. If there's a Kobe (Bryant) or LeBron (James) out of high school, he can get that big contract and go.

"If not, go (to college) for three years and make an educated decision. Then guys can redshirt and do all these things. That's ideal in my mind."

Really, it?s a brilliant idea that I would love to see adopted. We know the colleges would like it. I have to think the NBA wouldn?t mind; let players develop in college. Only the truly great prep players would be picked, right? And how many high school players are NBA-ready each year? A handful-at the most.

As it stands now, the NBA does not allow teams to draft players who are under the age of 19 during the calendar year of the draft. That essentially means most high school kids have to wait at least one year before entering the draft. So, you have some super stud players using college as a weigh station of sorts for a season, not really having any interest in staying more than a season or getting a degree. Major League Baseball differs thusly: Players can be selected and sign a pro deal right out of high school. But if they decide to sign with a college, they are obliged to stay for three seasons-or until after their 21st birthday. Then, they re-enter the draft.

If such a rule was in place, Michigan would be ensured to have junior-to-be Trey Burke for one more season, and sophomores-to-be Glenn Robinson III and Mitch McGary for the next two seasons. How sweet would that be in Ann Arbor?

Also, sophomore-to-be Gary Harris would be obliged to return to Michigan State, too. Ditto Indiana?s Cody Zeller, a junior-to-be who already has said he?s gone.

Michigan already has seen Burke declare for the draft. And the world waits to see what McGary and Robinson III will decide after their strong freshman seasons. Senior-to-be Tim Hardaway, Jr., has a press conference called for later today to announce his intentions.

Senior-to-be Deshaun Thomas of Ohio State has declared for the draft. Fellow senior-to-be Adreian Payne of Michigan State is still weighing his options.

The deadline to declare for the draft is April 28.