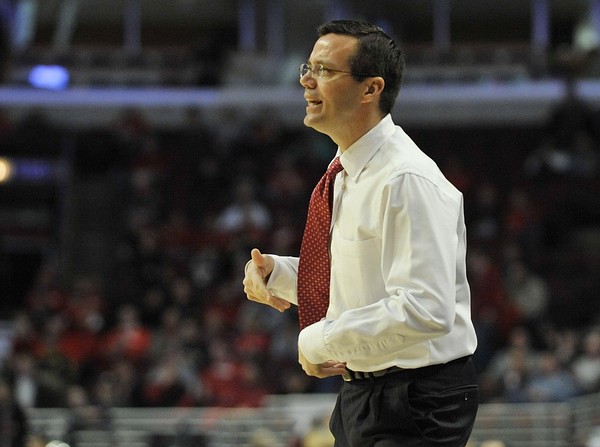 Every weekday, BTN.com senior writer Tom Dienhart selects several of the best tweets he sees and offers his opinion and thoughts on them. See today's collection of tweets in this post.

Says Miles: "(Youth) play games all the time now, but they're not in the gym working on the necessary skills, which is hurting scoring."

My take: I think Tim Miles is correct. AAU basketball and its emphasis on games over practices isn?t helping basketball.

My take: Yes, I don?t think Michigan will have issues recruiting point guards in the future. In fact, it has a stud coming in with Derrick Walton.

My take: Yes, it?s good to be John Groce.

No real solid conclusions at QB. All three had good/bad moments. Maybe slight edge to Rudock.

No, I don't think Doug Collins will take a job at NU, but he'll certainly help his son promote the program.

My take: He did inform the 76ers that he won?t be back.

Watching high school all star games it's easy to see why guys like Burke/Oladipo ended up better than the supposed All Americans..

My take: Something to be said about being motivated and working hard as an under-the-radar guy.

Hazell on RB Akeem Hunt: "I think he?s a marquee guy in this league. He is showing some toughness." #Purdue

My take: This is good, because Purdue needs a marquee running back.