Hill, Moore selected in first round of WNBA draft 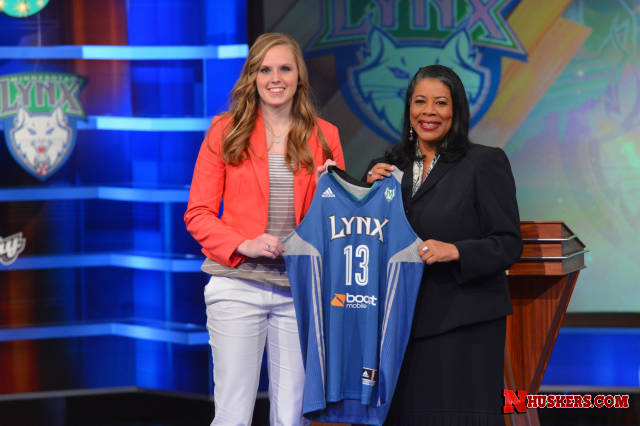 The 2013 WNBA Draft was held Monday night in Bristol, Conn., and a pair of Big Ten stars were selected in the first round. Ohio State's Tayler Hill went No. 4 to Washington, while Nebraska's Lindsey Moore went No. 12 to Minnesota. Read more about Hill and Moore and see all the Big Ten draftees in this post.

ROUND 1
No. 4: TAYLER HILL, OHIO STATE – Two-time All-Big Ten guard Tayler Hill was drafted fourth overall by the Washington Mystics in the 2013 WNBA Draft Monday, marking the third Buckeye in as many years to be drafted in the first round. Hill joins Samantha Prahalis (Phoenix Mercury, 2012), Jantel Lavender (Los Angeles Sparks, 2011) and Jessica Davenport (now a member of the Indiana Fever) in 2007 as the only Buckeyes to be drafted in the first round. Read full OhioStateBuckeyes.com.

No. 12: LINDSEY MOORE, NEBRASKA – Lindsey Moore became the third first-round pick in Nebraska history, when she was selected with the 12th overall pick by the Minnesota Lynx in the 2013 WNBA Draft on Monday night. Moore, a 5-9 point guard from Covington, Wash., joined 11 other top collegians at Monday night?s draft. Read full Huskers.com recap.

ROUND 2
No. 13 – ALEX BENTLEY, PENN STATE – Alex Bentley, one of 12 players in attendance at the WNBA Draft at ESPN Headquarters in Bristol, Conn., was the first to hear her name called by the Atlanta Dream with the 13th overall pick. Bentley was the first Lady Lion to be drafted since Tyra Grant was the 24th overall pick in 2o10, and the highest pick since Tanisha Wright went 12th in 2005. Read full GoPSUSports.com release.

ROUND 3
No. 26: NIKKI GREENE, PENN STATE – Nikki Greene was selected by the Phoenix Mercury with the 26th pick in the 2013 WNBA on Monday night. Greene and Penn State teammate Alex Bentley, who was selected with the first pick in the second round, are the first tandem of Lady Lions selected since 2004 (Jess Brungo and Kelly Mazzante). Penn State has had 14 players drafted by WNBA teams since 1997, the most in the Big Ten Conference. Read full GoPSUSports.com release.