Dienhart: Indiana is a program on the rise 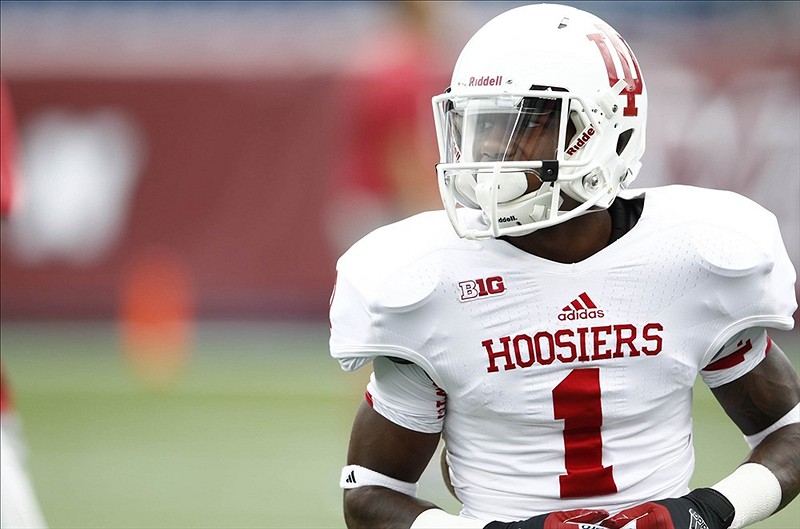 Kevin Wilson continues to put his stamp on the Indiana program as he enters his third season in Bloomington. The Hoosiers are looking for their first bowl trip since 2007. The team almost turned the corner last season, going from 1-11 overall and 0-8 in the Big Ten to 4-8 and 2-6. This is a program with some momentum that?s on the rise. Here are some observations from Saturday?s spring game.

1. Tre Roberson looks good. He broke his leg in the second game last season and missed the rest of the season. In the spring game, Roberson hit 7-of-18 passes for 63 yards. True, those weren?t great numbers. But Roberson showed his trademark speed and athletic ability that make him so deadly. Fellow signal-callers Cam Coffman and Nate Sudfeld also turned heads. Coffman, who started 10 games after arriving from a JC, hit 17-of-23 passes for 174 yards and two TDs. Sudfeld, coming off a promising true freshman season in which he saw extensive action, connected on 14-of-16 passes for 187 yards and a TD. So, who will be the starter in the fall? Stay tuned, as they rotated liberally on Saturday as the offense notched 424 yards passing and had 509 yards overall.

2. Wideout Shane Wynn did his best impersonation of Wes Welker, grabbing six catches for 97 yards and two touchdowns. The diminutive (5-7) speedster who hails from the same high school as Ted Ginn, Jr., (Glenville in Ohio) could be a real weapon in the slot for the Hoosiers. In fact, Indiana has several nice options at receiver in addition to Wynn: Cody Latimer, Kofi Hughes and Duwyce Wilson. Tight end Ted Bolser showed he can be a big weapon, too, with three snags.

3. While on the subject of skill-position talent on offense, it?s hard not to like Hoosier running backs Stephen Houston and Tevin Coleman. Each had moments in the spring game, with Houston rushing for 35 yards and Coleman hauling in a nice 22-yard catch to set up his own TD run.

4. Everyone knows Indiana needs to improve on defense. Well, this year?s team has more athletic ability than usual. Linebackers Kyle Kennedy and Jacarri Alexander each had five tackles and looked active. Alexander, a former JC transfer, also had 1.5 sacks and 2.5 tackles for loss. LB Flo Hardin had the lone pick of the game. Tackles Ralphael Green and Jordan Heiderman also were active forces. That is key for a team that lost two good tackles in Adam Replogle and Larry Black, Jr.

5. Yes, the defense allowed over 400 yards passing in the scrimmage. Still, the secondary has some potential, especially at safety with Greg Heban and Mark Murphy. Corner Kenny Mullen turned in a nice effort Saturday and in the spring. More corners are needed, as big play must be kept to a minimum.