Abell to transfer from Indiana 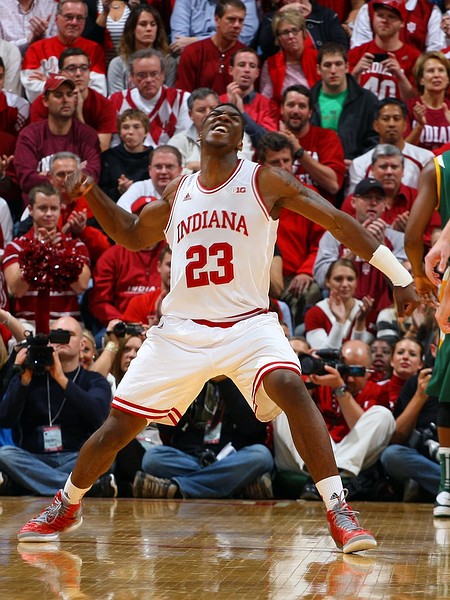 Even with Cody Zeller and Victor Oladipo turning pro early earlier this week, Indiana coach Tom Crean faced a scholarship crunch. Someone had to leave to open up a scholarship, as the Hoosiers had 14 players and just 13 scholarships even with Zeller and Oladipo gone early. Well, a spot opened with Indiana announcing tonight that sophomore guard Remy Abell will transfer in pursuit of more playing time.

?Remy has been an outstanding citizen and a solid player for us the past two years,? Crean said in a statement. ?He indicated to us that he would like to look to go to a program that has a different style of play and one where he can get more playing time.?

During his career with the Hoosiers, the Louisville Eastern High product averaged 3.5 points in 10.7 minutes.

?Being at Indiana has been the best two years of my life,? Abell said in a statement. ?I love the school, the program, the fans and I want to thank everyone for their support. The coaching staff has been great to me and I couldn?t ask to have had better teammates while I was here. I am going to miss everyone, but I just feel at this time a fresh start and new opportunities are what is best in following god?s plan for me.?

Crean faced a similar scholarship crunch last year, when they were over signed by two players. First, IU told Matt Roth, who spent four seasons in Bloomington but had another year of eligibility left due to injuries, that he would not have a scholarship for the 2012-13 season. Next, Ron Patterson, one of five players signed in Indiana?s 2012 class, announced in August he wouldn?t be coming to Bloomington after failing to meet academic standards. He later signed with Syracuse and will be eligible in the fall.