Today's links: What next for Michigan? 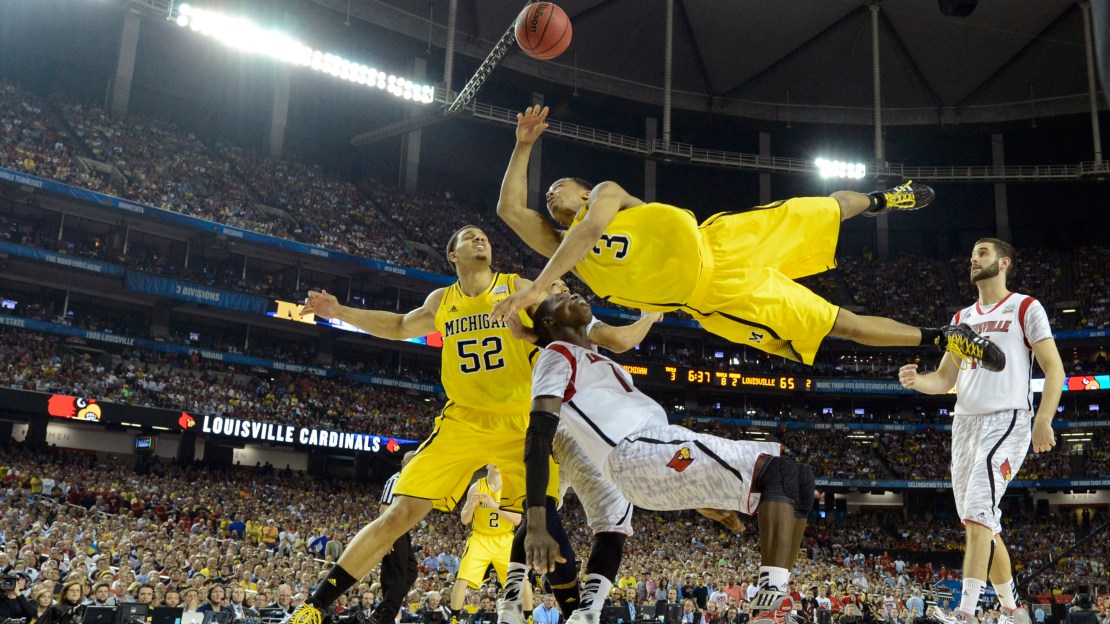 Hey, Mitch Albom of the Detroit Free-Press concurs. So, you know it must be true.

Was this Trey Burke?s final game in Maize and Blue? Tim Hardaway, Jr.? Mitch McGary? Glenn Robinson III? Perhaps. But, no matter who leaves early, the Wolverines still figure to have a strong team in 2013-14.

Incoming freshmen Derrick Walton, Zak Irvin and Mark Donnal are on the way to help no matter what happens.

In case you missed the iconic ?One Shining Moment? CBS video montage that punctuates the NCAA tourney, here it is-complete with many images of the Wolverines? run to the title game. Watch it qucik as it's being pulled from YouTube on other pages.

The Champaign News-Gazette has a nice Q&A with Illinois coach John Groce. Groce and his staff have three scholarships to hand out on a team that welcomes back 10 players. The Fighting Illini bubble with optimism, as Groce continues to put his stamp on the program.

For the second year in a row, Ohio State has competition at right offensive tackle, as Reid Fragel has moved on.

Taylor Decker and Chase Farris are trying to replace Fragel. Oh, and Pat Elflein also is in the mix for the lone opening on a line that came together nicely last season. Entering last season, Decker was pushing Fragel for the job as a true freshman. So, it?s a bit of a surprise to see that Decker hasn?t claimed the spot.

The quarterback position at Michigan State is interesting. Yes, Andrew Maxwell is a returning starter, but he?s coming off an uneven 2012 season after taking over for Kirk Cousins. That has created an opportunity for others to impress, including redshirt Tyler O?Connor-along with Connor Cook. And, so far, O?Connor has looked good.

O?Connor brings an athletic dimension to the field that could make what was a moribund Spartan offense more effective. He can extend plays and make something happen out of nothing-elements the MSU offense needs.

Penn State athletic department's latest financial report shows revenue declined by $7.9 million, or nearly 7 percent, last year to more than $108 million. The report, posted on a university website late Monday, showed revenue from football ticket sales was $33.4 million in 2012, down from $34.2 million in 2011.

Spike: "I think we have more than enough talent to win a national championship. Louisville is just a damn good team."

My take: I?m not gonna argue with that.

All four UM players with pro futures (Burke, Hardaway, Robinson and McGary) would only say this was not the time to discuss their decisions

My take: It is always absurd to even pose this question in this situation. In the end, most feel Trey Burke will go pro and maybe Tim Hardaway, Jr., but no others. Still, stay tuned.

For all of the upsets and Cinderellas, poor officiating and fortuitous brackets, the best team in the nation won the national championship

My take: This is true.

My take: The motto: Don?t play Rick Pitino or one of his protégés.

My take: Yes, well, Saban also has three national titles in four years and four overall in much fewer seasons coached the Rick Pitino, who has just two crowns.

State of Alabama has won four straight BCS titles. State of Kentucky has won 2 straight in bball now. UK could make it 3 in a row next year