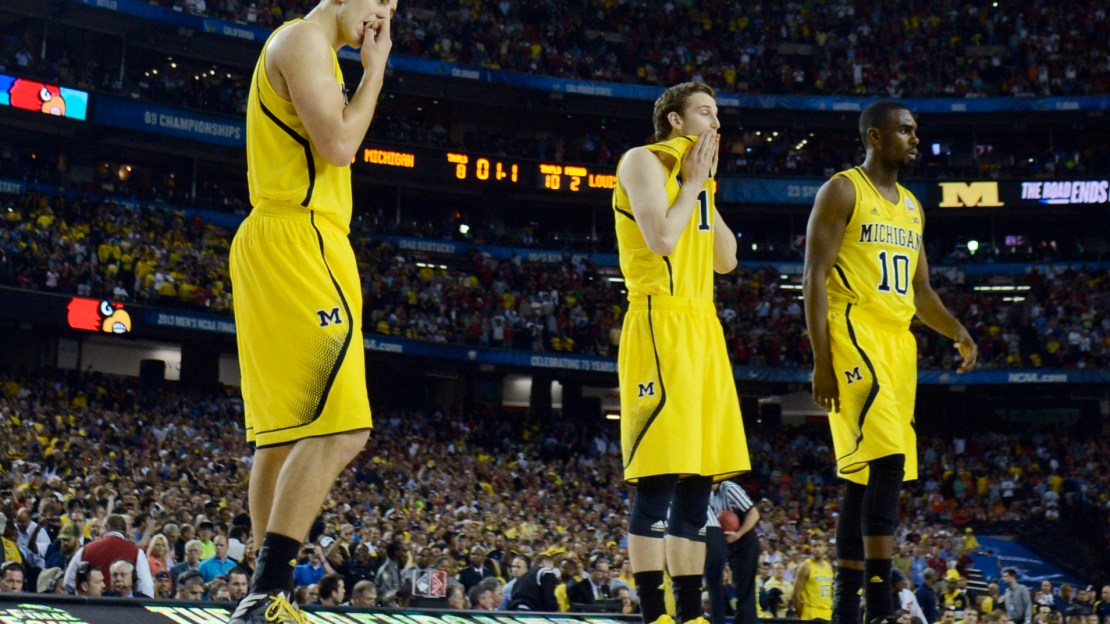 With Trey Burke saddled with foul trouble, Michigan was fueled in the first half by none other than Spike Albrecht, who had 17 points. Yes, 17 points. That helped the Wolverines hold a 38-37 halftime cushion, although it could have been more as they led by as many as 12 points. But Louisville turned up the heat in the second half, outscoring Michigan, 45-38, and holding Albrecht scoreless to win its third national championship (1980 and 1986).

What it means: Rick Pitino became the first coach ever to win national titles at two different schools. The Big Ten is still without a national title since Michigan State won it all in 2000 behind Mateen Cleaves. Each team shot well, as Michigan hit 52 percent of its shots (44 percent from 3-point range) and the Cards hit 45 percent (50 from beyond the arc). But Louisville grabbed 15 offensive rebounds and won the turnover battle, 12-9.

Key moment: Gorgui Dieng hit a layup to make it 71-64 with 4:50 left, giving Louisville its biggest lead of the game to that point. The Cardinals never looked back and held on for the victory as three players scored in double-figures led by Luke Hancock?s 22 points. Time and again, Louisville got to the rim for good looks-and converted.

Key player: Was this Trey Burke?s last game? If so, he left it all on the court. He scored Michigan?s first seven points but then was hit with foul trouble that relegated him to the bench for most of the opening 20 minutes. But Burke came on after intermission and finished with a game-high 24 points. The sophomore hit 7-of-11 shots (3-of-5 from 3-point land) with four rebounds and three assists. But, it wasn?t enough. Michigan still hasn?t won a national title since 1989.

Key number: 6, points by Michigan big man Mitch McGary. He also had six rebounds but shot no free throws. It was a big drop from his production throughout the first five games of the NCAA tourney, as he averaged 16 points and 11 rebounds entering tonight?s title game.