Dienhart: 'Paint this season a success' 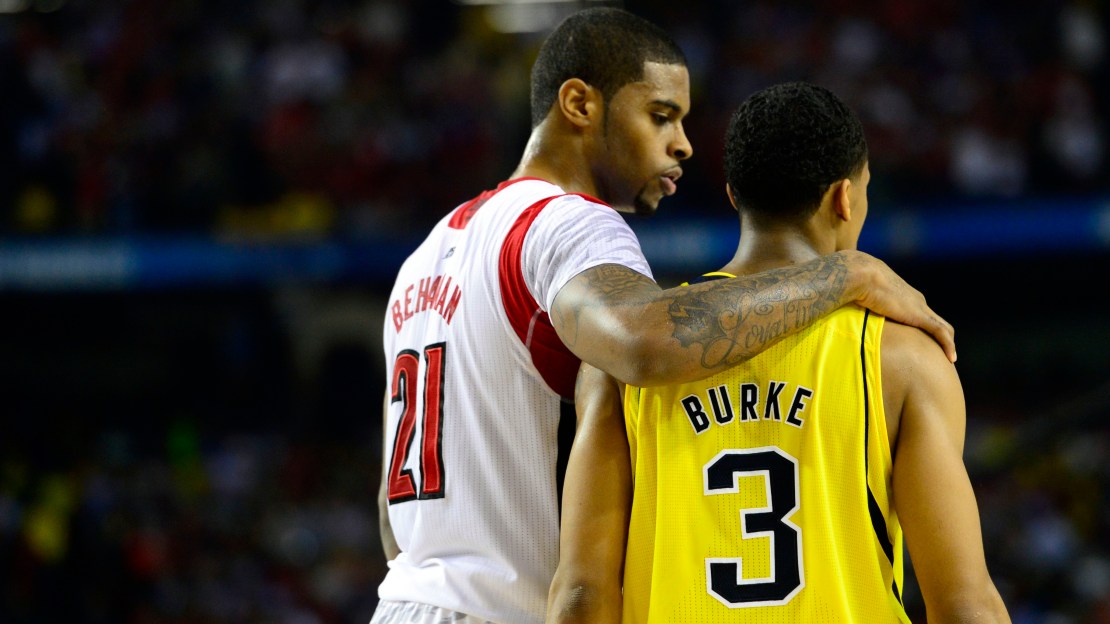 Michigan?s trip to the national championship game was further validation of the Big Ten?s greatness this season. But, without this journey to the summit of college basketball, I don?t think that would have been true.

For a while, it looked like the Big Ten was going to dominate this NCAA tourney. The Big Ten got seven schools in the Big Dance on Selection Sunday. Then, the conference went 10-3 over the opening three rounds, advancing four teams-more than any other league–to the Sweet 16.

That?s when some dared to pose the question: Could the Big Ten advance, ahem, four teams to the Final Four?

The Big East had three teams in 1985 Final Four. But could a conference really get four? It never had been done before. But, if any league could do it, it presumably was this edition of the big and powerful Big Ten.

All season long, the conference was touted as the best in America. The power rankings said so, too. And ask any analyst, and they?d bob their head in approval. But things began to come unraveled in the Sweet 16. First, No. 1 seed Indiana was suffocated by No. 4 Syracuse?s zone. Then, No. 3 Michigan State was trumped by No. 3 Duke.

Ohio State advanced to the Elite Eight, but the No. 2 Buckeyes put their season in park after an inexplicable loss to No. 9 Wichita State. (Wichita State?) All of this happened after the Big Ten saw No. 5 Wisconsin (Ole Miss); No. 7 Illinois (Miami, Fla.); and No. 11 Minnesota (Florida) fall in the third round.

The Big Ten was fortunate to get as many teams to the Sweet 16. Consider: Indiana needed a furious rally and a last-second shot by Victor Oladipo to beat Temple in the third round.

Michigan?s miracle vs. Kansas in the Sweet 16 was most stunning, as the Wolverines rallied from 10 points down with 2:22 left. Thank you, Trey Burke.

In the end, six Big Ten teams were dismissed early from the March Madness party, sent home to contemplate what might have been. But John Beilein?s Michigan team never wavered.

The No. 4 Wolverines kept surviving and advancing behind the emergence of freshman big man Mitch McGary, knocking off No. 13 South Dakota State, No. 5 VCU, No. 1 Kansas and No. 3 Florida to get to the school?s first Final Four since it went to back-to-back national championship games in 1992 and 1993. Then, the Wolverines dumped No. 4 Syracuse in the national semifinals before clashing with Louisville, the No. 1 overall seed in this tourney, in the title tilt.

Alas, Michigan fell to Louisville, 82-76, despite 24 points by Trey Burke. So, an NCAA tourney that blossomed with such promise for a league that was searching for its first national championship since Mateen Cleaves and Michigan State cut down the nets in 1999-2000 with a triumph over Florida ended with a thud. Since then, 13 seasons have passed and schools from the ACC (Duke, Maryland, North Carolina); Big East (Syracuse, UConn, Louisville); SEC (Florida, Kentucky); Big 12 (Kansas) all have won national championships.

[ GALLERY: See all the best photos from the NCAA title game ]

The league has come close since Tom Izzo?s Spartans ruled the nation. Indiana battled Maryland for the crown in 2002. Illinois played North Carolina for the title in 2005. Ohio State reached the championship game in 2007 but lost to Florida, while the Spartans did it again in 2009 and fell to North Carolina.

Meanwhile, the Big Ten watches and waits, its face pressed against the glass. A title will come again-someday. Fate says so. March can be a cruel month, a month when all of the great deeds and accomplishments achieved from November to February can be washed away with an upset loss on a Thursday afternoon in the NCAA tourney.

You see, March is when seasons are made-or ruined. It?s the month the history books remember and alums fondly–or sadly–recall. No one saves ticket stubs, buys T-shirts or DVRs preseason NIT championship games. But they keep every bauble possible from NCAA tourney title games.

No, the NCAA tourney is the be-all, end-all, when it comes to college hoops. It?s the event that historians chronicle in the large books with quill pens-if historians still used large books and quill pens to record history any more. But, you get the point. And, history will be kind to the 2012-13 Big Ten season, which saw the conference go 14-7 in the Big Dance.

Sure, when Indiana fans meet years from now, they will slap backs when recalling the Hoosiers? first outright Big Ten title since 1992-93. And there surely will be a few high fives commemorating Indiana?s No. 1 seed and 10-week run atop the polls-including as preseason No. 1 ranking.

Michigan fans will hug and cry when thinking back on the school?s run to the national championship that included to a heart-stopping win in the Sweet 16 over Kansas that was one for the ages. And there even was a stint at No. 1, which has to make Wolverines fans verklempt.

No doubt, this was quite a run for the Big Ten in the Big Dance, which continued a season-long theme of dominance that included some great players. Indiana?s Cody Zeller and Victor Oladipo; Michigan?s Trey Burke; Ohio State?s Deshaun Thomas; Illinois? Brandon Paul; Michigan State?s Adreian Payne-among others.

So, yes, let?s paint this season a success for the Big Ten. Thank you, Michigan.