Today's links: All eyes on the Wolverines 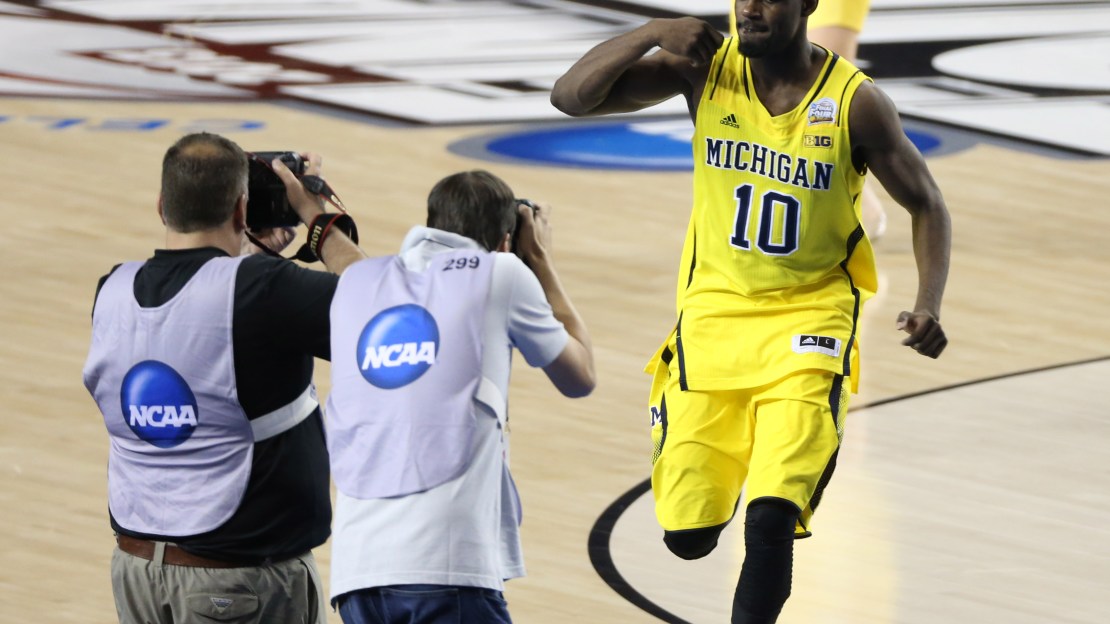 Tonight?s the night when Michigan aims to win its first national championship since Glen Rice shot the Wolverines to the top in 1989. Gotta start daily link there. It has been 24 years since ?interim? head coach Steve Fisher led Michigan to the Promised Land. Since then, the school has been through four coaches, one scandal and some bad basketball.

Will it be Trey Burke?s last game as a Wolverine? Probably. And, if it is, he?ll leave Ann Arbor as an all-time great alongside Cazzie, Glen and Tarpley.

Before reading this, know this: Graham Couch is a columnist for the Lansing State Journal, the home paper of the Spartans. Are you ready? He doesn?t think Michigan?s rise under John Beilein is a threat to Michigan State.

Really? This is called ?whistling in the grave yard.? I think a writer in, say, Ann Arbor may disagree. How can the rise of Michigan be good for Michigan State? And, therefore, if it is not good for Michigan, it has to be bad and a threat, right? At the very least, life for Tom Izzo and the Spartans was a lot easier when Michigan was floundering.

Did you know Rick Pitino almost became Michigan coach? It?s true. Check it out. But, Pitino opted to take the Louisville job. Michigan went on to hire Tommy Amaker and, well, you know the rest.

Well looky who Michigan State legend Mateen Cleaves is picking in tonight?s big game. Nice to see Mateen pick with his head and not his heart.

No doubt, Minnesota is taking a risk in hiring a 30-year-old coach who has one year of head coaching experience and whose biggest selling point is his last name. Marcus Fuller of the St .Paul Pioneer Press wonders if the hire will be Minnesota A.D. Norwood Teague?s legacy.

Iowa?s season ended with an NIT title game loss to Baylor. But the enthusiasm and excitement for next season already is building. This team loses only Eric May. That?s it. This team may not win the Big Ten, but at the very least it should be a major factor.

Terry Hutchens of the Indianapolis Star has an idea to revive the iconic Indiana-Kentucky series: Play the game in Louisville.

What?s not to like about that idea? Brilliant. Other possible non-conference foes for the Hoosiers proposed by Hutchens: Kansas and UCLA, which of course is now coached by Steve Alford. This must happen.

Bob Kravitz of the Indy Star puts a post mortem on Indiana?s season. What went wrong in that Sweet 16 loss to Syracuse?

In short, Crean didn?t think Indiana made enough free throws and was plagued by 18 turnovers. Oh, and he didn?t mention that the backcourt duo of Jordan Hulls and Yogi Ferrell didn?t score.

Nebraska?s spring game was Saturday. And, by all accounts, it was a rousing success played before over 60,000 adoring fans. Check out this video of Bo Pelini discussing the goings-on.

The offense looked great. The defense? Well, let?s just call it a ?work in progress.? Yes, that sounds about right.

Speaking of Nebraska, here is a nice look at how the school?s travel expenses have grown since joining the Big Ten.

But, as the story so deftly points out: In the economics of conference realignment, additional revenue from renegotiated TV deals — and in the Big Ten?s case, its own TV network — more than makes up for added travel costs.

It was bad news for Wisconsin when it was announced that senior defensive end David Gilbert?s career was finished because of a foot injury. Gilbert was a solid pass rusher. With him gone, players like Brendan Kelly and Tyler Dippel must step up. And incoming recruits Alec James and Chikwe Obasih may need to help right now.

The first four months on the job for Purdue coach Darrell Hazell have been a whirlwind. Mike Carmin of the Lafayette Journal-Courier offers a look inside.

No doubt, Hazell?s arrival has been a breath of fresh air in West Lafayette. Once again, there is optimism, which was in short supply at Purdue the past few seasons.

Penn State is through eight spring practices. And Bill O?Brien says the quarterback race between Steven Bench and JC transfer Tyler Ferguson is even. But, honestly, does it really matter? The race won?t really begin until Christian Hackenberg arrives.

Hmmm. I hate them. You know the adage: If you have two quarterbacks, you have none. The great Mike Griffith of MLive.com does a great job breaking down three key things Michigan State needs to do this spring to make a run for the roses. In addition to figuring out the quarterback derby, MSU needs to find a running back and eliminate the big plays on defense. I have faith in Mark Dantonio figuring this out after a disappointing 7-6 season.

One very important stat that gets lost in discussion of #Huskers spring scrimmage: Zero turnovers.

Celebrating what Fab Five did illegally is an insult to what this season's Michigan team has done within NCAA rules. There IS a difference.

My take: Yes, I have seen and heard enough about the ruinous ?Fab Five? era. Let?s celebrate this year?s team.

Indiana's Victor Oladipo projected to be the No. 5 pick, Cody Zeller No. 6 in the 2013 NBA Draft by NBA Draft Express. #iubb

My take: More reason why each likely will go pro.

"He?ll be able to sell air conditioning to the people in Minneapolis in January,? FIU AD Pete Garcia on Richard Pitino recruiting. #Gophers