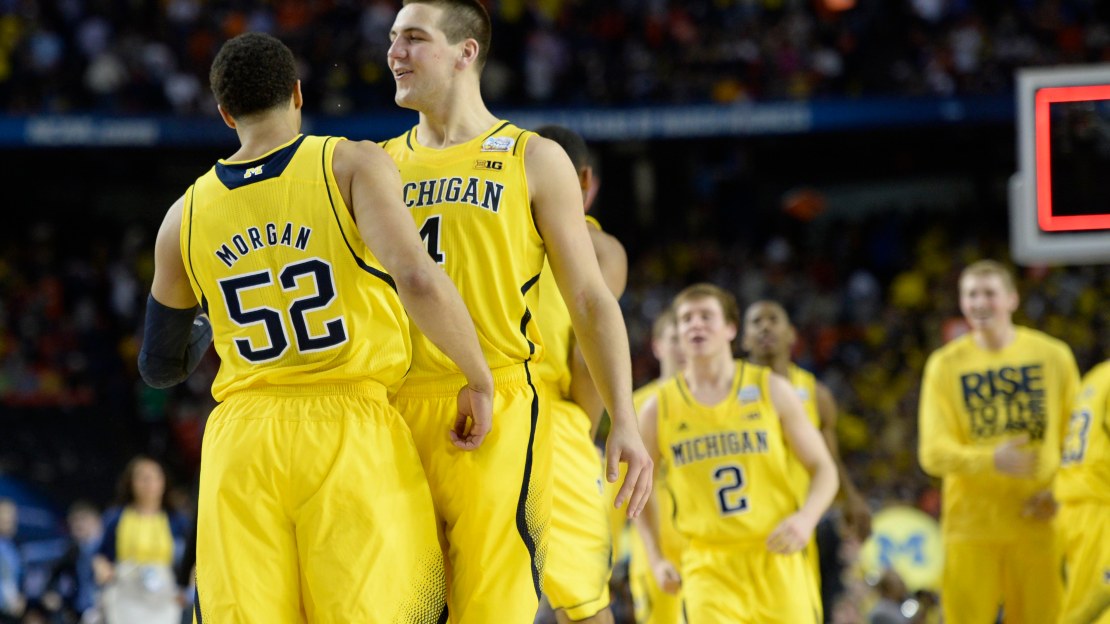 Why Michigan won: Michigan needed to shoot well, hit the offensive glass and limit turnovers to win. And, it did two of those things well to earn the victory. The Wolverines outrebounded Syracuse, 37-33, reeling in 13 offensive boards. They also had only 10 turnovers. Michigan shot just 39 percent, but it made eight 3-pointers to the Orange?s three. That was a big difference in this game. Michigan led 36-25 at halftime, scorching Syracuse?s much-hyped 2-3 zone defense and saddling SU with its biggest deficit at intermission of the season. And the Wolverines forged that lead despite Trey Burke scoring just three points-which came on a prayer 3-pointer late in the half.

Key moment: Syracuse?s James Southerland hit a big 3-pointer with 41 seconds left to make it 57-56, Michigan. Trey Burke then hit 1-of-2 free throws. On the ensuing Syracuse possession, Jordan Morgan drew a charge on a driving Brandon Triche. Jon Horford hit 1-of-2 free throws to give Michigan a 59-53 lead with 18 seconds remaining. A final Syracuse attempt failed, with Morgan sealing the deal with a dunk to allow Michigan to hang on for victory. It was nice to see Morgan play a key role in crunch time after he has seen limited minutes in the tourney because of McGary?s emergence.

Key player: Mitch McGary continued his amazing breakout to stardom, impacting the game on so many levels. The freshman sensation-who by the way wasn?t even Big Ten All-Freshman-had 10 points, 12 rebounds, six assists and two blocks along with boundless amounts of energy. And Michigan needed all of it on a night when Trey Burke had just 7 points, hitting only 1-of-8 shots, and Nik Stauskas didn?t score en route to going 0-of-5 from the floor.

Key number: 2, points for Syracuse?s Michael Carter-Williams. He hit just 1-of-6 shots and fouled out. Credit Michigan for holding the Orange star in check.

What?s next: Michigan will play No. 1 Louisville for the national title on Monday night. The Wolverines last played for the crown in 1993, when they lost the infamous Chris Webber ?timeout? game to North Carolina. Michigan hasn?t won a title since 1989. This is quite a run for a Wolverines squad that finished fifth in the Big Ten with a 12-6 record and went 3-3 in its six games entering the Big Dance.