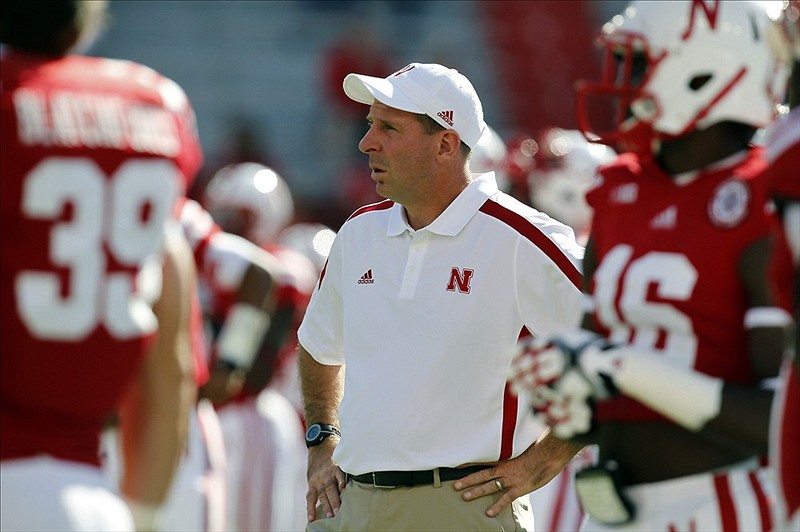 Lincoln, Neb. — What did we learn today at the Nebraska spring game? Not a lot, really. Never do in these things. But that?s not the point. The point is to excite the fan base for the coming season, to get some young players live work-and to avoid injuries.

Mission accomplished. So, all in all, today was a success for the Cornhuskers.

The nagging question about the defensive line? It can wait.

The uncertainty about the linebackers? Time will tell.

One thing we know for sure after watching today?s Cornhusker spring game: The offense looks good, once again. Really good, in fact.

Senior quarterback Taylor Martinez flexed a bit for his adoring fans, smiled a lot, threw the ball with aplomb and, of course, flashed his famous speed that makes him so deadly.

Even better: Backup quarterback Tommy Armstrong looked worthy of the hype, attention and drool he has drawn from Husker worshipers since arriving on campus. The redshirt freshman isn?t as fast as Martinez-who is?-but Armstrong is a shifty runner with a bulky build. He also displayed a nice arm, at one point threading a perfect 37-yard touchdown pass in the fourth quarter to redshirt freshman Alonzo Moore-another rising star. Just what the Huskers need: Another stud receiver for a corps that already may be the Big Ten?s best with the likes of Kenny Bell, Jamal Turner and Quincy Enunwa.

Don?t read too much into the play of the running backs. They were OK. Imani Cross has slimmed down and looks good. But incumbent stud Ameer Abdullah sat out the game, relegated to waving at fans. The other backs weren?t top-shelf talents. So, just know this: Abdullah and Cross will form a nice combination this fall-a little lightning and thunder, if you will. And everyone in Lincoln is quick to tell you that one of two touted incoming freshmen will play this fall: Terrell Newby or Adam Taylor. Bank on it.

Kudos to the offense. Watching film of this with coordinator Tim Beck should be a blast. Popcorn even may be handed out. Maybe not.

[ RELATED: Check out Dienhart's tweets from the Red-White Spring Game ]

The defense has to make Bo Pelini chew his gum even harder and faster. Nothing really stood out today for his pet unit. Yes, the defense played vanilla schemes. And it was missing projected starters in linebacker David Santos and tackles Thad Randle and Vincent Valentine. Still, few big plays were made.

Martinez hit 8-of-10 passes; Armstrong hit 5-of-7; Ron Kellogg III hit 11-of-12. And on it went on this sun-splashed day that saw yards handed out like free samples at a Costco on a Saturday afternoon.

And up front, Avery Moss, and Greg McMullen flashed from time to time coming off the edge. Still, there will be many teachable moments for coordinator John Papuchis and the defensive coaches to point out between now and the season opener vs. Wyoming on August 31.

Is the lackluster performance by the defense reason to panic? Of course not. Still, it did little to erase some ugly memories from last season.

The defense had its shining moments in 2012. But when it was bad, it was really bad. I?m talking Bill Callahan era bad.

There was the UCLA debacle that saw the Huskers yield 653 yards in a 36-30 loss.

There were the 63 points and 371 yards rushing allowed in a loss at Ohio State.

And, finally, perhaps most gruesome of all: The 70-31 loss to Wisconsin in the Big Ten title game that saw the Badgers run left, right, up the middle and pretty much anywhere they wanted en route to gaining 640 yards overall and 539 on the ground-10.8 yards per carry.

The Capital One Bowl loss to Georgia also was unpleasant in many respects, with the Bulldogs notching 589 yards-427 via the air, as the Huskers allowed three touchdown passes in the second half to lose, 45-31.

This defense has denizens of the state on edge. The famed ?Blackshirt? rep must be regained. Or, at the very least, a reasonable facsimile is needed for 2013 to end more pleasantly than 2012 did.

Make no mistake about it: This is a big season for Bo Pelini. It seems funny to type that, considering Pelini is coming off a 10-win season. In fact, he has three 10-win seasons and never has won fewer than nine games in his five seasons in Lincoln. In some places, that would earn you a statue outside the stadium. Not at Nebraska. They only count championships. And Pelini has none.

Bo grunted some stuff after the game about needing to get better and seeing some things he liked. It really didn?t matter what he said. Tomorrow beckons. His words will matter more then.

The summer months will be important. Players must work. Schemes must be refined. When Nebraska suits up next time, it will be for real. And the defense better be ready.