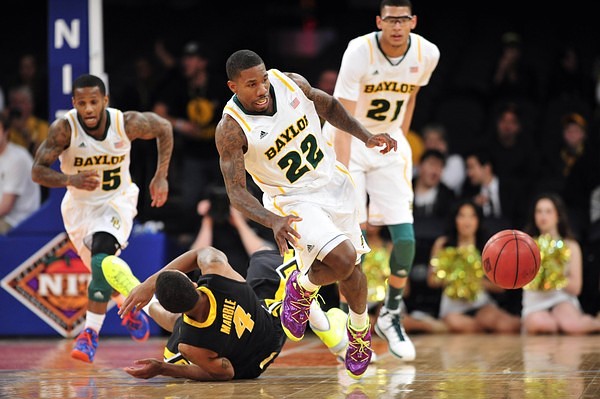 Iowa didn?t get Roy Devyn Marble going, and he was hampered by foul trouble in the first half, scoring just four points. And he didn?t get his first hoop in the second half until the 9:19 mark. Marble finished with six, hitting 3-of-12 shots and missing all four of his 3-pointers. But the junior had scored 24, 28, 24 and 21 in the previous four NIT games.

Key player: Iowa had no answer for Baylor big men Cory Jefferson and Isaiah Austin. Jefferson finished with 23 points, while Austin had 15. They hit a combined 14-of-18 shots and had 17 rebounds and six blocks.

What?s next: Iowa will enter next season with a lot of momentum coming off this run in the NIT, finishing the season with a 25-13 mark. In fact, the Hawkeyes may be a favorite to win the Big Ten-depending on which players turn pro on other teams. Iowa knows it will have Roy Devyn Marble, Melsahn Basabe, Adam Woodbury, Aaron White, Anthony Clemmons, Mike Gesell, Zach McCabe, Gabriel Olaseni and Jose Oglesby back. The only regular contributor who is leaving is Eric May.

Despite the loss, you have to be excited for a #Hawkeyes team that loses only Eric May. Could Iowa be the #B1G favorite next season?