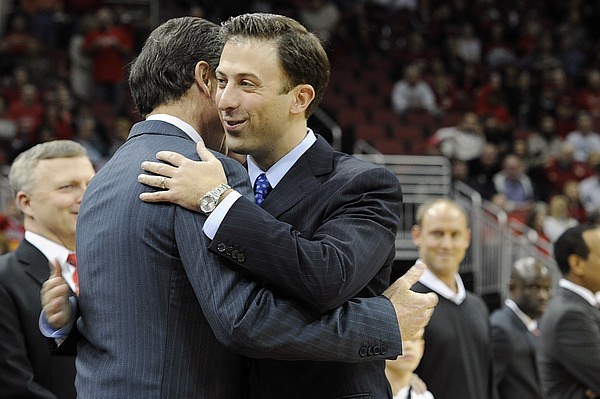 The hiring of Richard Pitino as Minnesota coach is a gamble. But, it?s one worth taking.

What does Minnesota have to lose by taking a chance on a 30-year-old coach with a famous last name who has one measly year of head coaching experience?

The Golden Gophers have been stuck in a malaise for years, as scandal and NCAA sanctions often have enveloped the program. Bill Musselman?s tenure (1971-75) was marred by infractions and an ugly brawl with Ohio State in 1972.

The Clem Haskins era (1986-1999) was every bit as dubious and egregious as the Musselman regime, as NCAA probation and scandal wiped from history books a glorious run to the 1997 Final Four and a 1998 NIT title–among other things-along with the school?s good name.

Dan Monson arrived from Gonzaga with a short resume and famous last name (sound familiar?) and did a good job scrubbing clean the Haskins stench from 1999-2006. But in the end, he didn?t win enough (44-68 Big Ten record; 0-1 NCAA mark). Ditto Tubby Smith (46-62 Big Ten; 1-3 NCAA) the past six seasons after he left Kentucky. So, that?s why Minnesota is turning the page. Again.

The Pitino name is basketball royalty. Father Rick and his slicked-back hair built powers at Kentucky and Louisville and has national championship bling. His Cardinals are in the Final Four this season-and the favorite to win it all. So, Richard Pitino grew up and around one of the best in the business-for what?s that worth. We still don?t really know if the guy can coach. Anyone who says otherwise is lying.

Richard Pitino went 18-14 at Florida International last season, finishing in fifth place in the Sun Belt with an 11-9 mark. Before that, he was an assistant at College of Charleston, Northeastern, Duquesne, Florida and Louisville-working for some pals of his father along the way. And Pitino didn?t play college basketball, instead serving as the manager at Providence. So, let?s be honest here: Richard Pitino really hasn?t done much to earn this opportunity to coach a Big Ten team-other than to be named ?Pitino.? But, that?s good enough for Minnesota.

The Pitino name will create a buzz and excitement around a program that sorely needs both as it looks to raise money, build a practice facility and just flat-out win more games.

So, it?s not like Minnesota A.D. Norwood Teague is entrusting a hallowed program steeped in tradition and dipped in glory to a neophyte. This isn?t Duke. This isn?t Kentucky. This isn?t Indiana. Heck, this isn?t even Wisconsin, though Minnesota should aspire to be every bit as good as its neighbor to the east. And should be, frankly.

Denizens of Dinkytown need to trust in Teague on this. If anyone is qualified to select a plum coaching prospect from a field full of prospects, it?s Teague and sidekick Mike Ellis, an associate Minnesota A.D. who followed Teague from VCU. In fact, they masterminded the entire process with a program they developed called Villa 7 when they were at VCU and in the market for a coach.

Villa 7?s mission statement: bring together university athletic directors and the country?s elite assistant basketball coaches in an effort to prepare the next generation of college basketball leaders, according to its website.

Villa 7 worked brilliantly for Teague at VCU, where he hired Shaka Smart (grand slam). And Ellis was at VCU for the hires of Jeff Capel and Anthony Grant.

So, if Teague and Ellis think Pitino–who is not a Villa 7 product–has what it takes to lead Minnesota, we have to trust them-right? Their instincts on young coaches is impeccable.

It seems to be apparent that others seemingly were at the top of Teague?s wish list. Various outlets reported Minnesota talked to or had feelers out to coaches like Smart, Marquette?s Buzz Williams, Iowa State?s Fred Hoiberg, Alabama's Anthony Grant and Cincinnati?s Mick Cronin-among others. It also quickly became apparent that Teague wasn?t gonna be able to get any of them to budge after he fired Smith less than 24 hours after Minnesota was dumped from the NCAA after a third-round loss to Florida.

So, instead of settling for a lesser coach who has an expansive resume, Teague-who was hired at Minnesota last April–opted to trust his tried and true process and go the route of hiring an inexperienced coach.

Northwestern A.D. Jim Phillips can relate, having recently named 38-year-old Chris Collins his new coach-who has no head coaching experience. Like Richard Pitino, Collins has a truncated resume and headline-making last name as the son of NBA coach Doug Collins. Like Minnesota, Northwestern has absolutely nothing to lose and everything to gain by taking a chance on a promising young coach.

Is Richard Pitino the next Shaka Smart?

I have a feeling this either will be a fabulously successful hire-or an epic disaster-with no in between. I?m excited about Minnesota basketball. And you should be, too.

Here's a photo gallery of Pitino: