Just for fun: Mitch McGary on the gridiron? 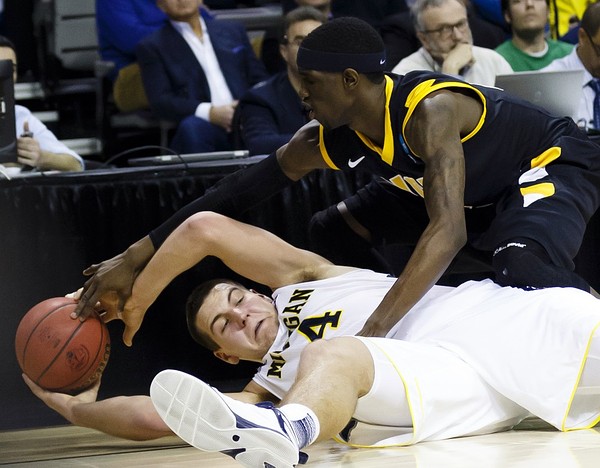 The way Michigan's Mitch McGary plays basketball, it's only natural to envision him on a football field. At least one Michigan football assistant is guilty of it, according to MLive.com's Kyle Meinke. That's right, defensive coordinator Greg Mattison wouldn't mind McGary on his defensive line.

[ MLIVE.com: Mitch McGary at DE? Greg Mattison can see it ]

"No question about it," Mattison told Meinke. "I already promised he'd be a 5-technique (defensive lineman) right away and we'd get him a lot of sacks. I love him."

It's hard not to like the Michigan freshman's game and style. Seriously, did you see the bone-crushing screen he set on VCU on Saturday?

There's so much more to McGary, though. With his size, power and constant motor, the Wolverine boasts several of the same qualities that helped make Ohio State product John Simon such a great pass-rusher. Now, of course, there's a difference between possessing the attributes and going out and getting it done on the field – much less at the Big Ten level.

Still, it's fun to consider, isn't it?