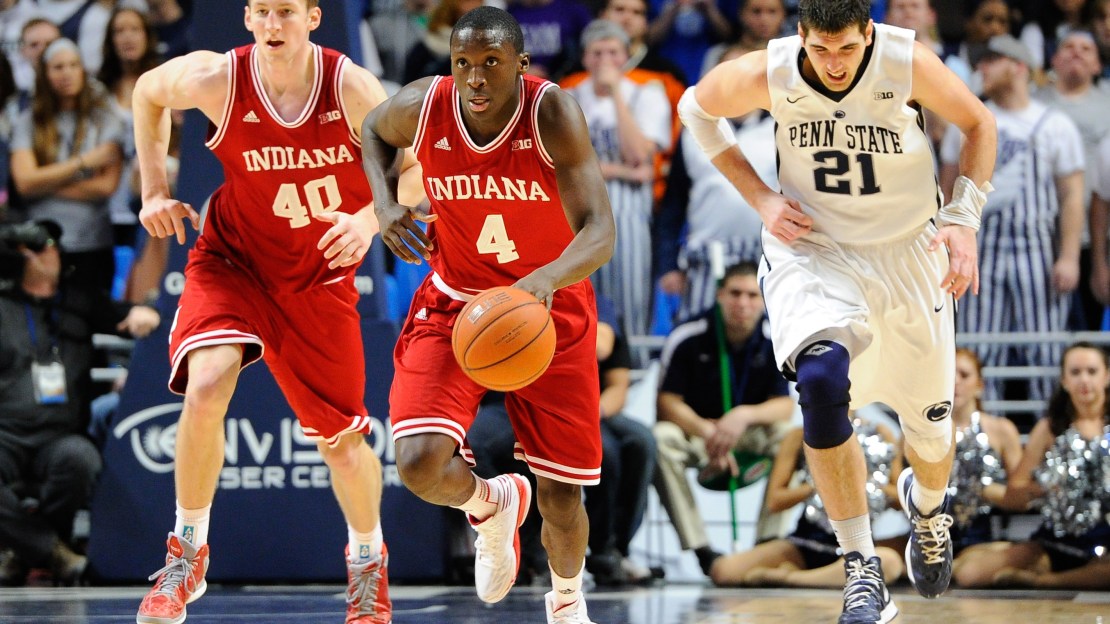 Five Big Ten teams remain alive in the postseason. There's Indiana, Michigan, Michigan State and Ohio State in the Sweet 16 of the NCAA tourney, and there's Iowa in the NIT quarterfinals. All five teams – like most teams in action this time of year – boast terrific 1-2 punches. See how I rank the Big Ten's remaining duos in this post.

[ FACEBOOK POLL: Which B1G team still alive in the postseason has the best duo? ]

3. Ohio State's Aaron Craft & Deshaun Thomas – The fact this duo comes in at No. 3 proves just how good the first two are. While Indiana features the Big Ten's top all-around tandem, the Buckeyes' showcases the best of both worlds. Not only does it have the Big Ten's most prolific scorer (Thomas), it has the conference's most relentless/respected defender (Craft).
Combined 2012-13 stats: 44%, 29.6 ppg, 9.5 rpg, 6 apg, 2.7 spg, 0.4 bpg

4. Michigan State's Keith Appling & Adreian Payne – If we're talking starting 5's, Michigan State might sit atop the list. That's the thing, the Spartans boast several players worthy of duo-inclusion. For the sake of this post, Gary Harris and Derrick Nix are left off. Appling and Payne comprise quite the tandem, and it's one that contributes on both ends of the floor. It also provides tons of highlights.
Combined 2012-13 stats: 47%, 23.7 ppg, 11 rpg, 4.2 apg, 2 spg, 1.8 bpg