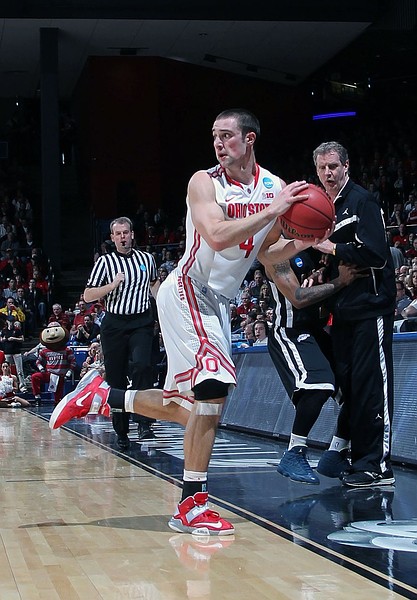 The Buckeyes shot lights out throughout the game, hitting 50 percent in the first half en route to building a 43-33 edge at intermission. For the game, Ohio State knocked down 48 percent of its shots. Aaron Craft was all over the court, impacting in a variety of ways. Sound familiar? The junior defensive demon had seven steals and seven assists, while also chipping in four points. And he played his usual suffocating defense, helping force 19 turnovers. A 10-point game at halftime quickly became a glorified scrimmage in the second half, with the Buckeyes notching an eye-popping 52 points after intermission in this lopsided opening NCAA triumph.

Key moment: The Buckeyes held a 10-point edge at halftime, and they pushed it to 22–64-42, the largest of the night to that point–just over five minutes into the second half on a thunderous Sam Thompson dunk. From there, the Buckeyes romped with four players in double-figures and 33 points from the bench.

Key player: Sam Thompson. The high-flying sophomore had several sensational slam dunks-one of the one-handed variety-en route to scoring a career-high 20 points. He hit 6-of-10 shots and had a game-high 10 rebounds. Thompson continues to get better and better. How good can he be? It?s scary to think about.

What?s next: The Buckeyes will take on the winner of No. 7 Notre Dame-No. 10 Iowa State tilt on Sunday for the right to go to the Sweet 16. The West bracket is becoming a mess, with No. 3 New Mexico, No. 4 Kansas State and No. 5 Wisconsin already knocked out.