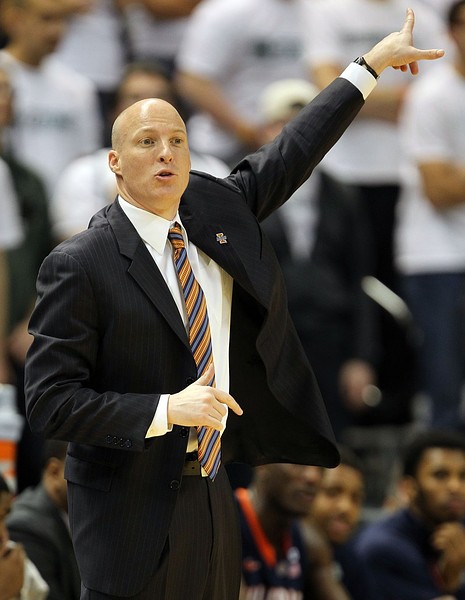 It?s time to reach into my mailbag and answer your pressing questions. Lots of good questions this week, as usual. Yes, spring football is heating up. But with March Madness here, hoops are on your mind. So, let?s start there.

How much do you think Bill Carmody's age (61 years old) may have been a factor in him being fired at Northwestern? – Fred Druler

I don?t think it had anything to do with Northwestern opting to bid adieu to Carmody. It had everything to do with his 192-220 overall record at Northwestern and 70-150 Big Ten record in 13 seasons in Evanston. And the fact Carmody never reached the NCAA tourney also played a huge role in the school making a change. Four NIT bids just aren?t going to cut it. Being a swell guy and well-respected coach can only get you so far. There comes a time when results are needed. No doubt, the new coach would benefit from new facilities, beginning with an arena that is more befitting a Big Ten team.

Is Northwestern men's basketball too big of a job for a first-time head coach? – J.C.

Yes. In fact, I think any Big Ten job is too big for any first-time head coach. Look at the coaches a neophyte would be competing with: Bo Ryan, Tom Crean, Thad Matta, Tom Izzo, Matt Painter, John Beilein, Fran McCaffery, among others. This is no place for a first-time head coach to learn on the job. That?s why I think you?ll see Northwestern tab a guy who already has cut his teeth as a head coach. Of course, that would eliminate Duke assistant Chris Collins. But some other names of possible targets who are head coaches includes Harvard?s Tommy Amaker, Valparaiso?s Bryce Drew, Richmond?s Chris Mooney, Bucknell?s Dave Paulsen, Lehigh?s Brett Reed and Wright State?s Billy Donlon, among others.

Illinois just might be the most able dark horse of the entire NCAA field. They have beaten some good teams at home and on the road. Their defense can disrupt the best of teams, and if they couple that with good shooting, it can result in some real pain to the opposing team. How far do they go in the NCAA Tourney? – Doug F.

Well said! The Fighting Illini could be very dangerous in the Big Dance. This is a team with four seniors who play key roles, paced by guards Brandon Paul and D.J. Richardson. If that tandem is shooting well, Illinois is difficult to beat. And, as you state, this team has scored some impressive wins over the likes of Gonzaga, Butler, Ohio State and Indiana. John Groce also is a coach who has shown he can win in March, sporting a 3-2 NCAA mark. Last year, he led Ohio to a Sweet 16 appearance that included a first-round win over Big Ten champ Michigan. How far can Illinois go? I think its ceiling is the Sweet 16, which would mean beating No. 10 Colorado and then the winner of No. 2 Miami (Fla.)-No. 15 Pacific tilt. No. 3 Marquette figures to be waiting in the Sweet 16 if Illinois makes it that far.

How can you not have some award for Cody Zeller of Indiana? He is the single biggest reason that Indiana has turned it around and won 53 games in the last two years! – Dave Allen

Zeller was given first-team All-Big Ten honors from myself and basically everyone else on the planet. But when it came to naming a Big Ten Player of the Year, Zeller didn?t rate with Michigan?s Trey Burke. In fact, Zeller?s Hoosiers teammate Victor Oladipo was a more legit conference player of the year candidate than Zeller.

Why does it seem like Michigan has such trouble at the end of games, dropping multiple leads throughout the years? Is it John Beilein's coaching, lack of execution? – Kyle

I?m not sure how Beilein has done historically at the end of games, but Michigan has let some games slip away this year. But I don?t think it has to do with his coaching acumen. The guy is widely praised as one of the best in the business. End-of-game situations typically boil down to execution by players-not Xs and Os by coaches. Again, Beilein?s track record speaks for itself.

Do you think Illinois is the best basketball program to never win a national championship? – The Fat Pastor

Illinois isn?t alone in coming up short in March. Many other very good programs never have won it all in the NCAA tourney era. Check out some of these names: Purdue, Oklahoma, Iowa, Texas, LSU, Pitt, Wake Forest, Virginia, Kansas State, among others. Winning it all is a very difficult thing to do.