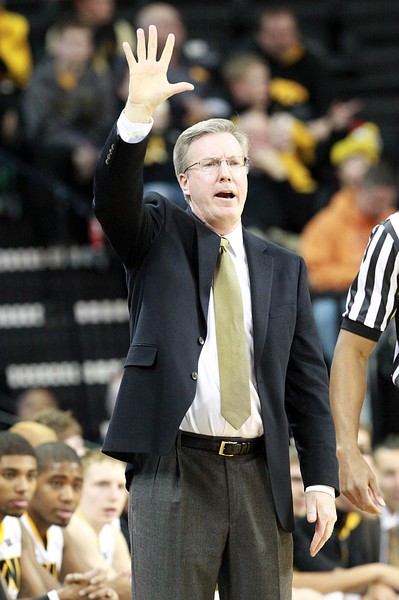 Devyn Marble scored 24 points, Aaron White added 11 with 13 rebounds and Iowa cruised past Indiana State 68-52 in the opening round of the NIT on Wednesday night.

Melshan Basabe had nine points and eight boards for the Hawkeyes (22-12), who won a home game in the NIT for the second straight season.

Iowa will host Stony Brook in the second round on Friday night.

FINAL: Devyn Marble scored 24 points, grabbed five rebounds and dished out five assists and Aaron White added 11 points and 13 boards to lead Iowa to a 68-52 victory over Indiana State in the NIT on Wednesday at Carver-Hawkeye Arena.

The Hawkeyes were able to carry momentum into the break and sustain it to start the second half. Down 26-18 in the first, Iowa broke out for a 32-8 run to take a 16-point lead in the middle of the second half.

The Hawkeyes shot just 39 percent from the field (22-of-57) and grabbed 22 offensive rebounds.

Jake Odum scored five points, corralled seven rebounds, and handed out three assists for Indiana State (18-15) in a losing effort. The Sycamores had trouble finding their touch, shooting just 38 percent (19-of-50) from the field. Indiana State got double-figure scoring from Justin Gant (16 points).

The Hawkeyes outrebounded the Sycamores 47-28. Iowa went to the line 15 more times than Indiana State and made the most of its opportunities, shooting 18-of-26. The Sycamores committed 17 fouls and made 10-of-11 free throw attempts.

HALFTIME: Devyn Marble and Aaron White have teamed up to give Iowa a 31-30 lead over Indiana State. Marble scored 10 points, grabbed four rebounds and dished out three assists, while White scored nine points and pulled down seven rebounds.

The Hawkeyes were trailing 26-18 before they went on a 13-4 run to take the lead late in the half. The Hawkeyes controlled the boards, outrebounding the Sycamores 25-14 in the first half.

The Sycamores played team basketball in the first half, to the tune of eight assists on 11 field goals. Indiana State got points from seven different players.