Big Ten Geeks: Before the madness, a look back 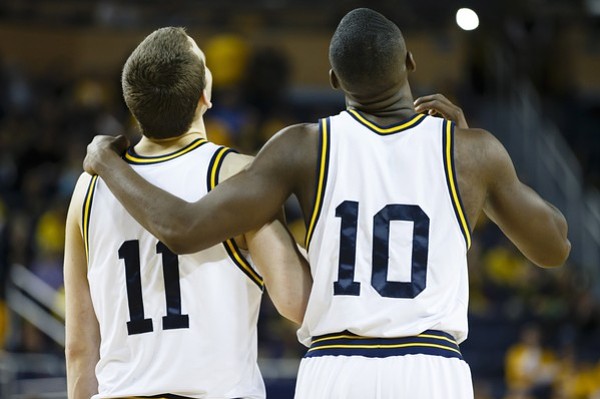 As we sit on the cusp of postseason play for nine Big Ten teams, it feels an appropriate time to revisit where we were just four short months ago, previewing a season that was about to unfold before us. Did we nail it, or do we need to turn in our Geek cards?

Here's our projected Big Ten records from November compared to the actual results:

I feel really good about this. We were within one win on every team but three.

Minnesota disappointed us with its sub-.500 finish, and it was an inconsistent defense that let the Gophers down (as Josh predicted). Indeed, if Minnesota hadn't surrendered ridiculous totals to Nebraska and Purdue in the season's final two games, its record might have been 10-8 instead of 8-10. The Gophers also had some misfortune when it came to defending threes, as Big Ten opponents shot a scalding 37 percent from deep (worst in the conference). Some of that is deserved, as Minnesota never does a very good job of defending the arc, but a number that high indicates some bad luck as well. Despite the disappointment, the Gophers got a favorable draw in the NCAA tournament, so there's still a chance to make this season a positive one.

Northwestern finished two games worse than we expected, but it's not hard to see why. Drew Crawford was lost for the season shortly after we published our predictions, then things got really ugly over the final eight games after the loss of Jared Swopshire. All things considered, the Wildcats got a lot closer to our projection than they probably should have.

Nebraska was much better than we expected, finishing a full three games ahead of our predicted record. We've said before that Tim Miles has impressed us in his first season, but we also should point out that one of the drivers of the over-performance, promising freshman Shavon Shields, was a Doc Sadler recruit that stayed on for Miles. The rebuild in Lincoln still figures to be a long slow climb, but Miles has given us some reason to believe that the Huskers might actually get there.

Other than those three squads, we were basically correct. But before we get too full of ourselves, let's compare to a benchmark. Every season, the Big Ten media conducts a preseason poll to predict the conference standings. They don't provide W-L records, but they provide an order from one to 12. Here's how their predicted standings compared to ours:

First, an explanation of the decimal points. Where two teams finished tied, I assigned each of them the average of the two spots in which they reside. For example, Ohio State and Michigan State tied for second, which means they get the average of spots two and three. I did the same for the three-way tie for spots seven, eight, and nine (averaging to eight). The last two columns show the absolute value of the error for both the Big Ten Geeks prediction and the media poll.

Truth be told, the media outperformed us. The sum of our errors is 14, compared to 13 for the media poll. That's the SLIMMEST OF MARGINS, as Wayne Larrivee would say, but it still means the media was slightly closer than us. Furthermore, the media conducted their poll in late October, a full month before we published our predictions. We had the extra benefit of seeing a few games before we made our predictions, and the media STILL predicted the standings with slightly less error!

While humbling, this result fits quite well with Ken Pomeroy's conclusion that the preseason AP poll is a good forecast tool. That seems to be true of the Big Ten media preseason poll as well, at least for this season. Remember this in October when you don't like where the media puts your team.

In a season that often felt wild and unpredictable, the Big Ten was, well, predictable. Both the Big Ten media and the Big Ten Geeks largely predicted where we'd end up. It sure was fun getting here though, wasn't it?