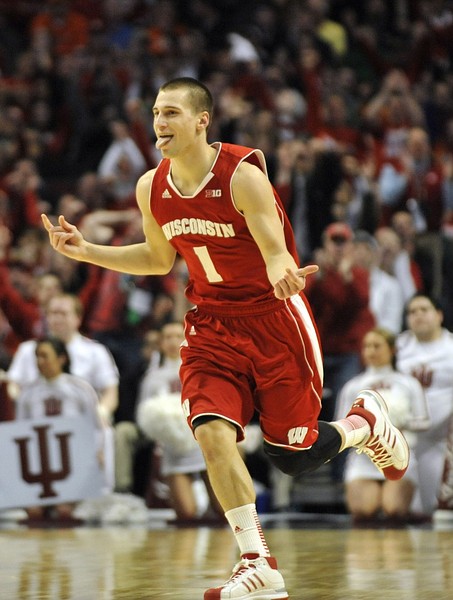 The Big Ten is loaded with talented basketball players, so it's only natural that some guys to go unnoticed or receive less respect than they deserve. That's why I compiled my 2012-13 All-Big Ten Underrated Team. Who made the list? Find out in this post. Did I forget anyone? If so, leave it in the comment box at the bottom of the post.

D.J. Newbill, Penn State – Put an Indiana or Michigan State jersey on this guy, and he'd be a household name, sure-fire All-Big Ten honoree. A Southern Miss transfer, Newbill is a true shooting guard who was forced to take over the point when star Tim Frazier suffered a season-ending Achilles' injury. With Newbill's all-around game, turns out, Patrick Chambers wasn't so crazy for his preseason remarks that Penn State would have one of the nation's better backcourts. He was just a year early.

Ben Brust, Wisconsin – When it comes to Big Ten 3-point artists, Indiana's Jordan Hulls receives most of the attention. Brust is pretty reliable in his own right, though, shooting just under 40 percent from distance this season. Not only that, the junior became a force on the glass this season (5.2 rpg), registering five (!) double-doubles, including an impressive 15-point, 11-rebound effort in a 71-49 blowout win over Ohio State.

Terone Johnson, Purdue – Here's a quick trivia question: Which Big Ten player scored the most points in a conference game this season? Obviously, the answer is Johnson, who exploded for a career-high 32 points in a narrow loss to Michigan. Forget the career night, Johnson is a big, strong veteran guard who's an undervalued scorer, rebounder and distributor. Pretty much, he does everything above average, with the exception of shooting.

Brandon Ubel, Nebraska – Ubel is the kind of player every coach would love to have on his team – even the most talented teams that don't have any room in the rotation. That's because the Nebraska senior forward boasts a game that lends itself to the glue-guy label. He scores enough to be a factor, he pulls down big rebounds, he passes well for a forward (watch the video below), and he defends.

Aaron White, Iowa – Quick: Name the Big Ten's top forwards. If I had a guess, you probably rattled off nearly a dozen names before you got to White. No disrespect to the Deshaun Thomases, Adreian Paynes and Trevor Mbakwes of the world, but Iowa's athletic sophomore deserves more fanfare, attention. This guy is Jon Leuer 2.0, and we've already seen flashes of it in his first two seasons. He's only going to get better, too, as he continues to extend his range.

SIXTH MAN: Lenzelle Smith Jr., – Ohio State – Every team needs a sixth man, and while Smith doesn't come off the bench for the Buckeyes, he's the choice for this piece. On a team featuring stars Deshaun Thomas and Aaron Craft and  high-flying Sam Thompson, it's easy for a role player to sometimes go unnoticed. Smith is inconsistent, sure, but he knows his role and doesn't try to do too much. He's on the floor to rebound, defend and hit the occasional open shot, all of which he's accustom to doing.