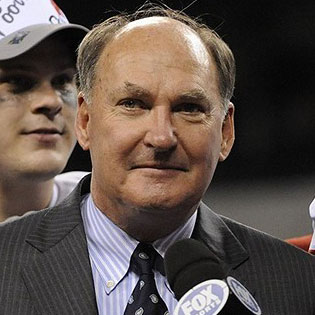 It looks like we are getting closer to divisional realignment in the Big Ten in anticipation of Maryland and Rutgers joining in 2014, according to an ESPN.com report. The big remaining question: Will Indiana or Purdue have to play in the West Division?

Yes, ?West? division. It appears the Big Ten likely will dump the ?Legends? and ?Leaders? monikers and go with the more clear and descriptive ?East? and ?West? tags. That should please the public, but there is no official word on division names yet.

[ FACEBOOK POLL: Which team should be put in the West Division? ]

The reports says time zones will be the demarcation in determining which schools are in what division. The rub: There are eight Big Ten schools in the Eastern Time Zone-Maryland, Rutgers, Penn State, Ohio State, Michigan, Michigan State, Indiana, Purdue–and six in the Central Time Zone-Nebraska, Wisconsin, Iowa, Minnesota, Illinois, Northwestern. Seven and seven balance is needed.

The most likely schools to make the move from East to West are Purdue or Indiana, splitting the rivals. But don?t fret, Boilermakers and Hoosiers fans. The rivalry-per the report–would be the only protected crossover game, meaning the schools still would meet annually for the Old Oaken Bucket.

So, here is how the divisions could look.

If it was up to me, I?d put Purdue in the West, as it has a long rivalry with Illinois (the Cannon). And West Lafayette and Champaign are just 90 miles or so apart. And Purdue is just a two-hour or so drive from Northwestern. Wisconsin and Iowa also are doable day-trip drives from Purdue. I know, because I have done them. My point: Purdue has better geography for West division schools than Indiana. And, honestly, isn?t this divisional realignment about geography?

But this fuss over if Indiana or Purdue should move West could all be moot if the Big Ten adds two teams to grow to 16, as many speculate. And, if two more schools are added, most feel they will be Eastern schools, with speculation focusing on North Carolina, Virginia and Georgia Tech.

So, if two "eastern" schools are indeed added one day, wouldn't it then make sense to push Indiana to the West division with Purdue? Sure it would.