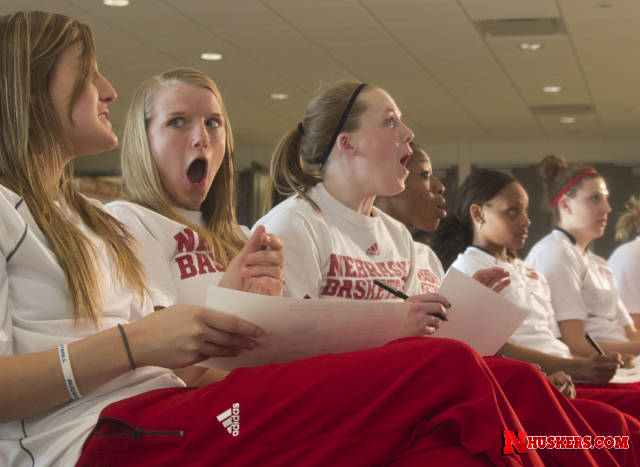 Six Big Ten women's basketball teams earned invites to the NCAA tourney, it was announced Monday night. Big Ten regular-season champ Penn State leads the way, with a No. 3 seed, while Iowa (No. 9), Michigan (No. 8), Michigan State (No. 5), Nebraska (No. 6) and Big Ten tourney champ Purdue (No. 4) round out the the Big Ten contingent.

IOWA
The University of Iowa women's basketball team has received an at-large berth into the NCAA Women's Basketball Championships. The Hawkeyes (20-12) are a No. 9 seed and will play No. 8 seed Miami (21-10, 11-7) from the Atlantic Coast Conference in Carver-Hawkeye Arena. Read full HawkeyeSports.com release.

MICHIGAN
The University of Michigan women's basketball team received its second consecutive at-large bid to the NCAA Tournament on Monday night (March 18). The Wolverines are the No. 8 seed in the Spokane Region and will face No. 9 Villanova on Sunday (March 24) at 4:30 p.m. PDT in Palo Alto, Calif. The winner of Stanford/Tulsa will face the U-M/Villanova winner on Tuesday (March 26). Read full MGoBlue.com release.

MICHIGAN STATE
The Michigan State women's basketball team was selected to the NCAA Tournament for the 13th time in program history, receiving a No. 5 seed in the Bridgeport Region. The Spartans, who appear in the tournament for the fifth straight season and for the 10th time in the last 11 seasons, will face No. 12 seed Marist (24-8) on Saturday, March 23 at 1:30 p.m. in College Park, Md. Read full MSUSpartans.com release.

NEBRASKA
No. 24 Nebraska earned its third NCAA Tournament bid in the last four years by claiming the No. 6 seed in the Norfolk (Va.) Regional when the 64-team field was announced during the 2013 NCAA Women's Basketball Selection Show Monday night. Read full Huskers.com release.

PURDUE
The 21st-ranked Purdue women's basketball team learned its draw for the 2013 NCAA Division I Women's Basketball Championship on Monday night, garnering a No. 4 seed in the Oklahoma City Regional. The Boilermakers earned the Big Ten's automatic bid by winning a second-straight Big Ten Tournament title and a conference-best ninth overall with a 62-47 victory against Michigan State on March 10 in Hoffman Estates, Ill. Read full PurdueSports.com release.