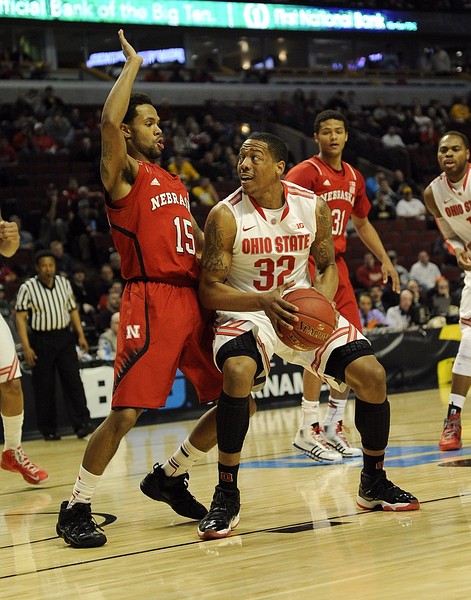 The Buckeyes needed a few punches in the nose to wake up. Once aroused, Ohio State took it to Nebraska. The Buckeyes shot a robust 59 percent, showing great marksmanship from beyond the arc in nailing 52 percent (9-of-17). The Huskers looked tentative after a good first 10 minutes, committing 15 turnovers. And Ohio State scored 21 points off of those turnovers to go along with 13 fast break points. Add it all up, and you can see why Ohio State won by 21 points.

Read more on this game;

Key moment: Nebraska came out smoking, playing spirited ball in the first half and trailing by only five points at intermission. But Ohio State outscored the Cornhuskers, 22-5, in the first eight minutes of the second half to take a 50-28 lead. From there, the Buckeyes cruised. Brandon Ubel played another good game for Nebraska with a team-high 16 points and seven rebounds and Shavon Shields had 14 points. But it wasn?t enough.

Key player: Deshaun Thomas was, well, Deshaun Thomas, scoring 19 points and grabbing nine rebounds. No shock there. But Sam Thompson stood out, as he continues to play well in the home stretch. Thompson finished with 19 points on 8-of-9 shooting. He also drained 3-of-4 from 3-point range. Also have to mention LaQuinton Ross, who had 11 points and hit 3-of-4 3-pointers for an OSU bench that tallied an astounding 21 points.

Key number: 9, 3-pointers made by Ohio State. Nebraska had just three on 19 attempts (15 percent). Conversely, the Buckeyes hit at a 52-percent clip from three-point range.

What?s next: The Buckeyes will play the winner of the Michigan State-Iowa game on Saturday for a shot to play in the Big Ten tourney title game. OSU won its only game with Iowa, taking a 72-63 decision in Columbus. The Buckeyes split with the Spartans, as each team won on its home court.