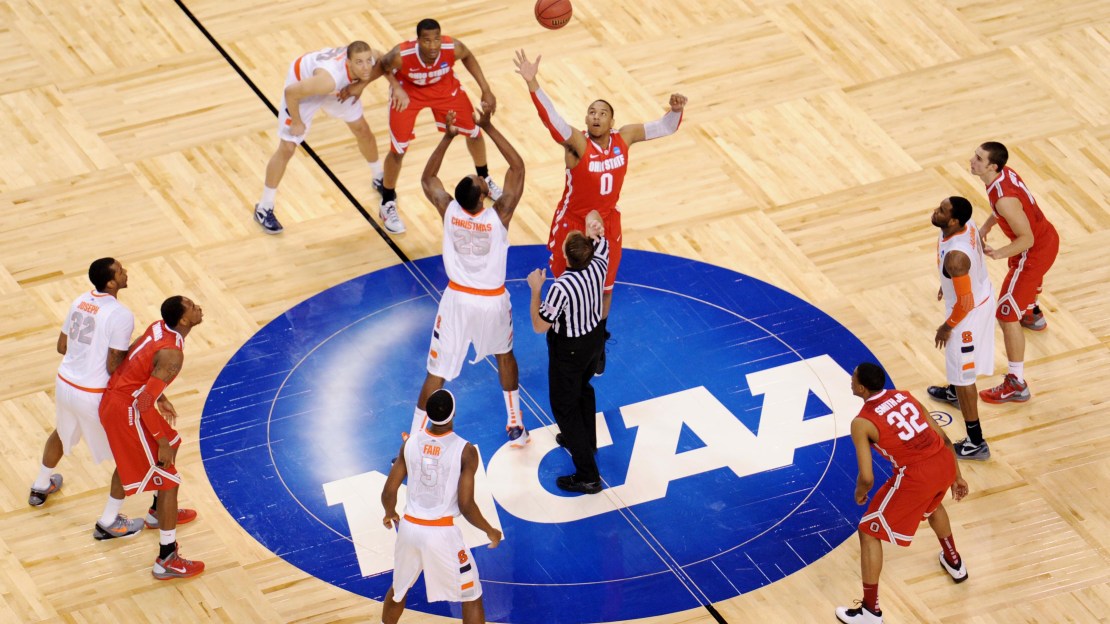 At 9 p.m. ET on Monday, BTN will air a 60-minute special "Inside the Selection Process." Mike Hall hosts the show that takes fans inside the highly anticipated March ritual, from who?s in the room, to where the top seeds are headed and why, and to how Big Ten teams stack up this season.

In preparation of the show, BTN.com sat down with Shaheen to talk about his time spent on the selection committee.

BTN.com: What did you learn during your time around the selection committee?
Greg Shaheen: I just like every other red-blooded American felt that I thought I understood how teams were selected and that there wasn't much to it. And when I first got inside the room – my first was 2001 – I very quickly learned there was a lot more to the process, and that people didn't understand there wasn't a platform or an initiative to pick certain teams or teams from certain conferences. There's a lot more to the process.

BTN.com: What was the best part of being a part of that process?
Greg Shaheen: As a lifelong college basketball fan, the opportunity to be in the room, to analyze the process and explore ways to make it better was humbling beyond words.

BTN.com: In your time with the committee, which team was the easiest and most consensus No. 1 overall seed?
Greg Shaheen: It doesn't really work that way, and that's probably not the answer you're looking for. More often than not, everyone will have the same list of the top 4 to 6 teams, depending on the year, but that order seems to vary. Very rarely does the committee have absolute agreement on the first four. Normally, the third and fourth slots on the No. 1 line are up for discussion.

BTN.com: Be honest here: Does a little part of the committee almost root for the higher seeds throughout the tournament to prove that they got everything right?
Greg Shaheen: The committee seeds based on performance to that point, and then that's why they play the games. I mean, there might be a year here or there, where the committee feels some vindication. Like George Mason in 2006 or VCU in 2011. But the committee works so hard to put together the best bracket that for the most part they like to, like the rest of the world, watch it all play out.

BTN.com: OK, let's talk about Iowa this year. The Hawkeyes play in the nation's toughest conference, but they don't have many signature wins – how much will the strength of the Big Ten help their cause?
Greg Shaheen: That's the biggest myth of all right there – that it matters about conferences. The only thing that matters about conference is that there are 31 AQs (automatic qualifiers). So you have the 31 automatic qualifiers, and then after that, everyone is an independent, in that they are an at-large, and the goal is to get the best 37 teams. And that's not to say that the committee doesn't know conference when they look at resumes. But the fact is the committee isn't looking at it by conferences.

I'm telling you, the committee doesn't know how many teams from a conference are in until they work on the brackets Sunday afternoon. Trust me, I know it's hard to believe, but it's true. You can't classify by conference. The goal is to get the 37 best teams. It doesn't matter what conference they're from.

BTN.com: What's the biggest misconception out there about the selection committee?
Greg Shaheen: No. 1, the conference stuff we just discussed. Another thing is that the committee has strong biases that affect the process. That's not the case.

BTN.com: What was your reaction when you heard college football would add a selection committee to pick its playoff field?
Greg Shaheen: It's a logical way to work to address some of the concerns so many people seemed to have with the computer models. I think it will be interesting to see who's on the committee, and I think it will be interesting to look at the procedures, the rules that they have to follow, because it's tough; it's really tough. But they'll figure it out.

Really, it all comes down to a sound process and good people committed to that process. I don't know who it is. It might just be administrators similar to the approach with the basketball committee. But administrators are often former coaches. It's hard in their case to remove the bias when they're talking about a team that may include a friend of theirs.