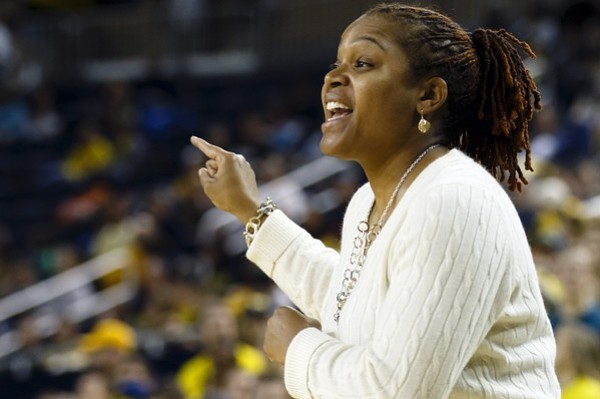 The Big Ten Conference announced the bracket on Sunday for the 2013 Big Ten Women?s Basketball Tournament. With its win over Nebraska on Sunday night, Penn State secured its second consecutive outright Big Ten title and the No. 1 seed in the tournament. The tournament is set for Thursday-Sunday at Sears Centre Arena in Hoffman Estates, Ill.

After finishing the season with a 14-2 mark in Big Ten play, Penn State receives the tournament?s top seed for the second consecutive year and sixth time in school history. The Lady Lions put together their third straight 20-win season, closing out the regular season with a 24-4 overall record. They will play their first tournament game in Friday?s second session at 6 p.m. CT.

Nebraska enters the tournament as the No. 2 seed after compiling a 12-4 conference record and a 22-7 mark overall this season. The Huskers face their first competition in Friday?s first game at 11:30 a.m. CT.

Michigan State and Purdue both put together 10-6 conference records, creating a tie for third place. The defending tournament champion Boilermakers won the tiebreaker based on their record against Nebraska and enter as the No. 3 seed after earning a 21-8 overall mark. Purdue prevailed as the tournament?s four seed last season, which was the Boilermakers? eighth tournament crown. Purdue will play in Friday?s second game, which is slated for 25 minutes after the first game?s completion.

Fourth-seeded Michigan State finished its campaign with a 22-7 overall record, marking its 10th straight campaign of 20 or more wins. This year?s tournament marks the 11th consecutive season the Spartans have received a top-five seed. Their first tournament game is scheduled for 25 minutes after the third game on Friday.

Michigan enters as the fifth seed after putting together a 9-7 record in conference play and a 20-9 overall mark this season. The Wolverines owned the tiebreaker over Illinois based on their win over the Illini in their lone matchup this season. Michigan will take on No. 12 seed Indiana on Thursday in the final game of the first round, slated for 25 minutes after the third game?s completion.

Illinois enters the tournament as the No. 6 seed after finishing 9-7 in the conference and 16-12 overall this season. The Illini will take on No. 11 seed Wisconsin in Thursday?s second tilt, scheduled for 25 minutes after the first game?s completion.

Iowa receives the No. 7 seed after closing out the regular season with an 8-8 record in conference play and a 19-11 overall record. The Hawkeyes will square off with No. 10 seed Northwestern in the first game of the tournament on Thursday at 11:30 a.m. CT.

Minnesota enters the tournament as the No. 8 seed and is slated to take on Ohio State, which holds the No. 9 spot, in Thursday?s third contest. The Golden Gophers and Buckeyes each finished the regular season at 7-9 in Big Ten games, with Minnesota earning the tiebreaker for its 2-0 record against Ohio State this season. The Gophers enter the tournament with an 18-12 overall record, while the Buckeyes own a 17-12 mark.

Six conference teams have taken home the Big Ten Tournament title since the event?s inception in 1995, led by Purdue?s record eight titles. Ohio State owns four tournament titles, including three straight from 2009-2011. Iowa and Penn State have each won the title twice, while Indiana earned the crown in 2002 and Michigan State took home the title in 2005.

All-session ($80) and single-session ($15) tickets for the 2013 Big Ten Women's Basketball Tournament are still available and can be purchased at the Kia Box Office at the Sears Centre Arena, by phone at (888) SEARS-TIX (732-7784) or online at searscentre.com.