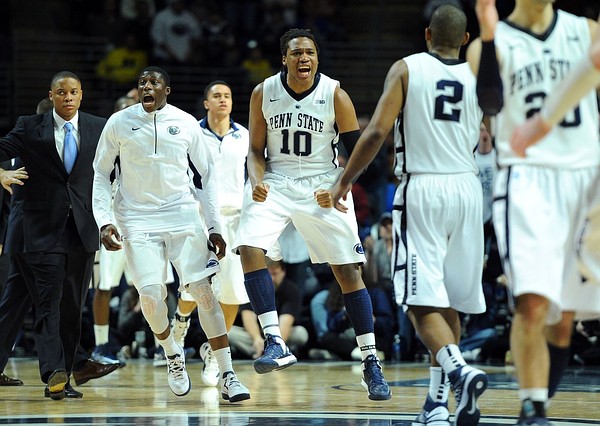 The Nittany Lions could only hear about how they were playing hard every game for so long. Those "moral victories" that came in close losing efforts meant nothing if they didn't get a win. On Wednesday night, Penn State, which entered the game 0-14 in the Big Ten, finally had reason to celebrate.

That's right, the Nittany Lions stunned No. 4 Michigan, 84-78. And, as expected for such an occasion, the fans stormed the court. Watch the celebration here.

What a scene! To be honest, it's hard not to feel good for Pat Chambers, his players and the school's fan base during a moment like this. As cliche as it is, this team truly does play hard every night and never gives up, no matter the score.

And on this night, that never-give-up attitude resulted in the program's first win over an AP top 5 team since it beat No. 2 Michigan State in the 2001 Big Ten tourney.

Oh, and if you're keeping score at home, this is the second court storming in as many games this week.