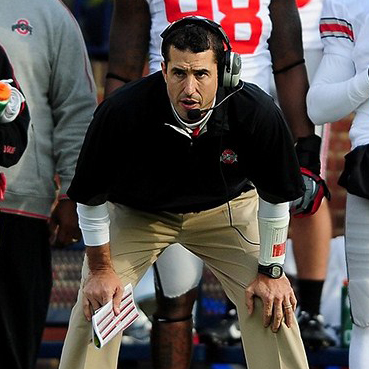 In a bit of a surprise, Clemson offensive coordinator Chad Morris tops this list, making a cool $1.3 mil per annum to push the buttons on Dabo Swinney?s high-octane offense. Not bad for a guy who was coaching in high school a scant four years ago. Dream big, children.

Former Indiana head coach Cam Cameron moved to No. 2 in the fat wallet club, recently inking a hefty deal for $1.13 million per season to be offensive coordinator at LSU after he was canned during the 2012 season from the same gig with the Baltimore Ravens. We know how that worked out for the Ravens.

Ohio State defensive coordinator Luke Fickell cashes the check with the most zeros among Big Ten assistants. He is No. 8 on this list with an annual salary of $761K. That?ll buy a lot of hamburgers and potato salad at The Varsity Club.

Michigan defensive coordinator Greg Mattison is on Fickell?s heels with a $758K salary. Next stop at Zingerman?s Deli is on him. I?ll take a Reuben on Jewish rye and Blenheim Ginger Ale. Thank you.