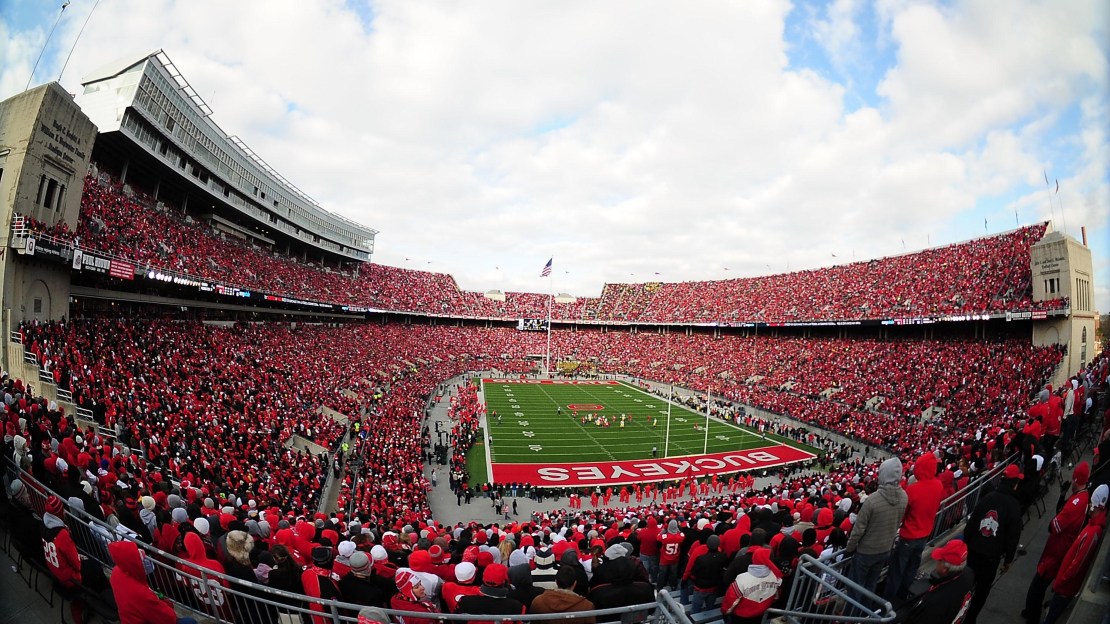 Don?t fret if your school didn?t sign any five-star recruits during the recent National Signing Day for football. And don?t worry if your favorite team came up short on inking four-star players, either. History has shown that many good players arrive on campus as two- recruits. Really. It?s true.

I looked back over the recruiting rankings of Scout.com from 2003-2011, a nine-year period that allowed for time for the players to develop and show what they have. From that, I came up with an All-Big Ten team comprise of two-star recruits. And, as you can see, it?s a pretty formidable squad for a bunch ?undesirable? recruits.

WR Brian Robiskie, Ohio State, 2005: He developed into a second-round NFL pick after helping the Buckeyes to the BCS title game in the 2007 season. Robiskie caught 177 passes (14.7 ypc) for 34 touchdowns.

WR Eric Decker, Minnesota, 2005: Despite having his senior season end early due to injury, Decker still impressed and left school as an all-time great. He had 228 catches for 3,119 yards and 24 scored. Decker was a third-round NFL selection.

TE Dustin Keller, Purdue, 2003: He was headed to Toledo before a late offer from Purdue. Keller is an astounding athlete with great leaping skills who developed into a first-round pick.

QB Kirk Cousins, Michigan State, 2007: He led the Spartans to back-to-back 11-win seasons. He was headed to Toledo or Western Michigan but ended up with MSU only after Mark Dantonio failed to land his other quarterback recruits. Cousins went 4-0 vs. Michigan and was a fourth-round pick.

OL Mark Huyge, Michigan, 2007. He appeared in 38 games and made 29 starts, becoming a key part of a Wolverine line that helped lead the program to the Sugar Bowl title his senior season.

OL Marshall Yanda, Iowa, 2005: He began his career at a junior college before blossoming into a third-round NFL pick and Pro Bowler. He was a Super Bowl champ this season, too.

OL John Urschel, Penn State, 2009: Not only is he a math whiz, but Urschel developed into a key cog on the Nittany Lions? line after arriving with no fanfare.

OL Rodger Saffold, Indiana, 2006: He moved into the starting lineup midway through his freshman year at left tackle and never left. He went on to be a second-round pick.

OL Ted Karras, Illinois, 2011: He redshirted as a freshman and then won a starting job at guard last season. He was one of the steadiest players on an Illini line that had its struggles last season.

DL Jerel Worthy, Michigan State, 2008: He was redshirted upon arriving after being offered scholarships from the likes of Akron, Cincinnati, Marshall and Ohio. Worthy became an All-American and second-round pick.

DL Whitney Mercilus, Illinois, 2008: He did little his first two seasons before exploding into an all-league performer in 2011 and turning pro after earning the Ted Hendrick Award. He was a first-round draft choice.

DL Rob Ninkovich, Purdue, 2004: He began his career in obscurity at a junior college before matriculating to Purdue. He was a second-team All-Big Ten pick as a senior before being a fifth-round selection.

DL Tyler Scott, Northwestern, 2009. He has developed into one of the Big Ten?s top pass rushers, earning honorable mention All-Big Ten honors and team defensive MVP accolades last season for a resurgent Wildcat defense. He will be back for his senior season.

LB Chris Borland, Wisconsin, 2009: He has been a first-team All-Big Ten choice each of the past two seasons, playing with unmatched passion and intensity. He?ll be a senior this fall and Butkus Award candidate.

LB Kaleb Thornhill, Michigan State, 2003: The Spartan legacy was a three-year starter at middle linebacker and team captain. He also was a tackling machine.

LB Christian Kirksey, Iowa, 2010: He played in every game as a true freshman and moved into the starting lineup as sophomore and hasn?t left. He?ll be a senior in the fall.

DB Bradley Fletcher, Iowa, 2004: He came to campus as a running back and then redshirted. He capped his senior season by being an honorable mention All-Big Ten pick and was a third-round NFL choice.

DB Micah Hyde, Iowa, 2009: He finished his career with over 200 tackles and seven interceptions. He also excelled as a return man.

DB Jack Ikegwuonu, Wisconsin, 2004: He became an instant star as a freshman in 2006 and later an All-Big Ten player who was a fourth-round pick.

DB Thomas Gordon, Michigan 2009: He has developed into a key contributor for a Wolverine defense that continues to get better under coordinator Greg Mattison. He?ll be a senior this season.

Go ahead and surf the Scout.com pages yourself and see what you find for the past recruiting years.

Of course, a five-star rating doesn?t guarantee future stardom. Ask these former Scout.com five-star prospects who signed with Big Ten schools from 2003-2010 but failed to live up to their billing for various reasons-injury, motivation, etc.