Dienhart: Look out for these lurking Badgers 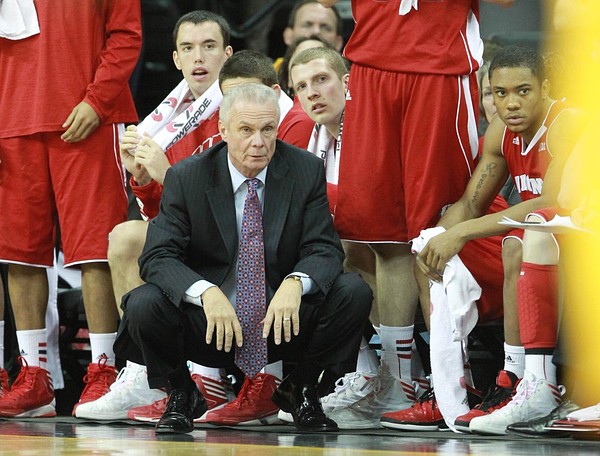 We may be witnessing Bo Ryan?s best coaching job in 12 seasons at Wisconsin. And that?s saying a lot.

Ryan, 65, has taken what Dick Bennett started-and elevated it to another level. Ryan?s teams never have finished lower than fourth in the Big Ten and have made the NCAA tourney each season and advanced as far as the Elite Eight in 2004-05. He also has two Big Ten regular-season titles and a .711 Big Ten winning percentage that is the best in league history.

The outlook for this year?s team wasn?t great with star point man Jordan Taylor having graduated. Then, projected starting point guard Josh Gasser was lost for the season to a knee injury before the opening tip. That has thrust redshirt freshman George Marshall and sophomore Traevon Jackson into the role.

Then, factor in the fact the Big Ten looked to be as strong as it has been since the 1988-89 season, when Illinois and Michigan each reached the Final Four and the Wolverines won the national title-and Wisconsin faced an uphill battle.

Would the Badgers make the NCAA tourney?

Well, 11 games into the Big Ten season, Wisconsin not only will make the Big Dance for a 15th consecutive time, but it just may win the Big Ten after the nation anointed Indiana and Michigan as the standard bearers in the conference this season.

[RELATED: Track the Twitter chatter on your team via BTN Connect. ]

Wisconsin?s overtime win at home last Saturday against  No. 3 Michigan was epic and epitomized what this edition of the Badgers is all about. It gave the program six home wins over AP top-5 teams in the last seven years, which is tied with Pittsburgh for the most in the nation over that span.

Credit heart-and-soul seniors Jared Berggren, Ryan Evans and Mike Bruesewitz, who are the backbones of this typically tough Wisconsin squad that is confounding experts.

Tonight?s visit to Minnesota is huge (read the game preview here). In fact, if the 17-7 Badgers-who have won three in a row and four of five–can escape Williams Arena with a victory, they would have a shot to at least forge a share of the Big Ten crown.

And, it?s not inconceivable Wisconsin will dump the Golden Gophers, who are in full free-fall mode after having lost six of the last eight games. Wisconsin beat Minnesota earlier this season in Madison, and Ryan is 16-4 against  the Gophers and 6-3 in Williams Arena.

After tonight, the Badgers have home games against Ohio State, Nebraska and Purdue. And there are road games at Northwestern, at Michigan State and at Penn State. There is a good chance Wisconsin could emerge from that season-ending six-game stretch with a 5-1 mark. And that would give it a 14-4 Big Ten record, and that should be good enough to earn at least a share of the conference crown.

The story of this Wisconsin team-which is the lone Big Ten squad to win at Indiana this season–has been the most compelling this season in the uber-tough Big Ten. And it?s not over yet.