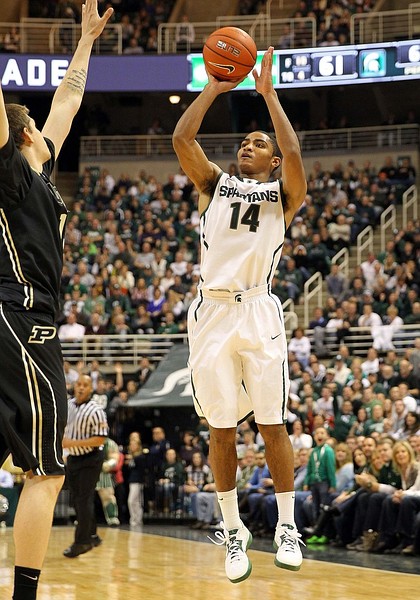 With NBA All-Star weekend festivities kicking off Friday, I thought it would be fun to compile Big Ten 3-point contest and dunk contest participants. I say it every year, and I'll say it again: Somebody needs to make such an event a reality. It would awesome. Anyway, see my participants in this post, plus vote for your champion in both events.

My winner: Gary Harris – We've seen Nik Stauskas' impressive outdoor shooting display, but the way Harris is shooting right now, and all the while battling back spasms, he'd be darn near impossible to beat.

My winner: Sam Thompson – While I still think Rodney Williams is the Big Ten's best dunker, Thompson seems to boast a deeper arsenal and a little more creativity.

Need to see the contestants' dunks before making your choice? Here you go: