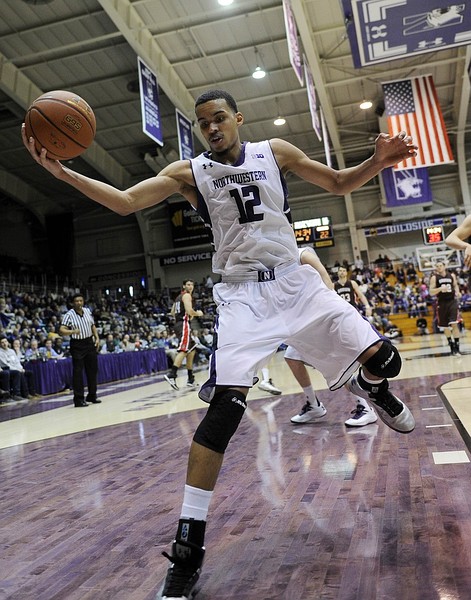 There's more bad health news to report from Evanston, Ill., as graduate student and former Louisville player Jared Swopshire underwent arthroscopic surgery on his right knee Tuesday and will miss the rest of the season. Swopshire, who was just featured on the latest edition of "The Journey: Big Ten Basketball 2013," injured the knee in the second half of Saturday's loss at Iowa.

Swopshire is the second Wildcat starter to suffer a season-ending injury this year, joining senior star Drew Crawford, whose injured shoulder put him out of commission in early December. Together, the season-ending injuries leave the Wildcats without their expected leading scorer (Crawford – 12.8 ppg in career) and their top rebounder (Swopshire – 6.7 rpg).

Without Swopshire, even more of the scoring load falls on Reggie Hearn, a former walk-on, and point guard Dave Soboloweski's shoulders. After those two, the Wildcats don't have many other proven options, although Tre Demps figures to see a spike in production.

It's on the glass, though, where Northwestern will miss Swopshire the most. Already a weak rebounding team (281st off; 235th def), Northwestern's new leading rebounder is Hearn, at 4.5 per game.

Here's a segment from the latest "Journey" that spotlights Swopshire: