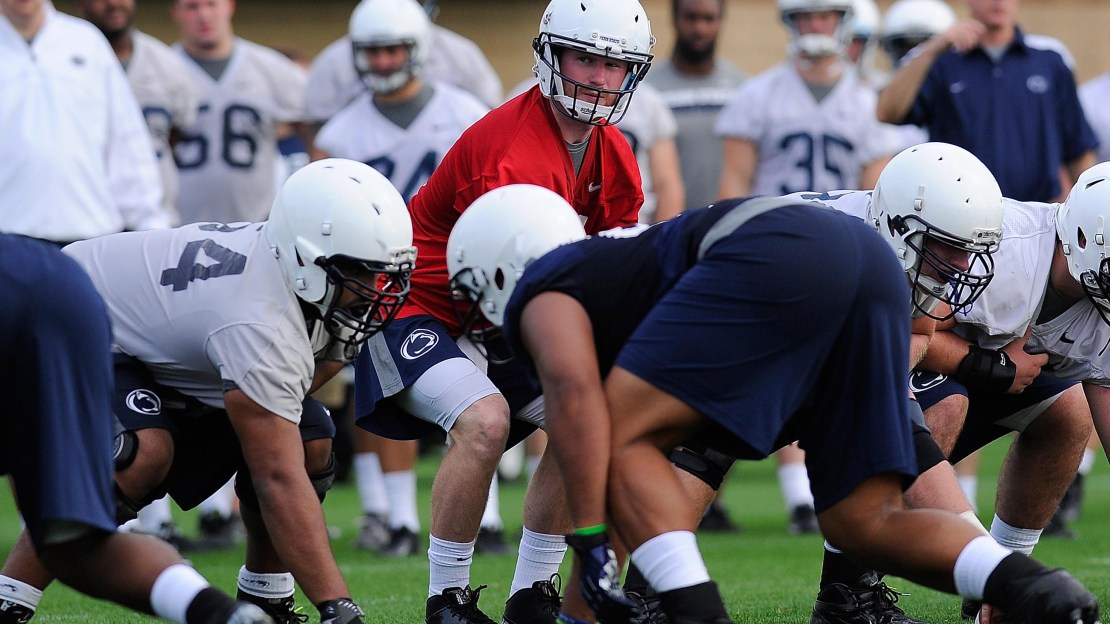 Indiana coach Kevin Wilson gets it. He understands the need for the NCAA to continue attempts to streamline its New York City-phone-book-thick rule book. In many instances, that?s OK as many feel there are too many rules that are too confusing and too difficult to track and enforce.

But a proposed move to unhinge recruiting restrictions by allowing schools unlimited contact with high school players beginning with the summer prior to their junior season has Wilson and his Big Ten coaching brethren on edge.

Wilson says that he and other coaches in the Big Ten aren?t necessarily against the new measure, which if passed this summer would mean that on Aug. 1 college coaches won't be limited by dead periods and quiet periods when it comes to calling and sending text messages to 2014 recruits. It'll be unlimited calls and texts.

Rather, Wilson and the Big Ten coaches think more time is needed to study the impact of the new unlimited contact rule proposal, one of several up for vote this summer that will impact recruiting.

?We looked around the room yesterday, and no one said that they had been asked for their input on this rule change,? Wilson said. ?All we ask for is common sense. That?s the phrase that kept coming up: common sense. Does this make sense? How will it impact recruits? Their families? High school coaches? Have any of those questions been asked or studied? Has this been thought through??

To that end, following a scheduled meeting at the Big Ten offices in Park Ridge, Ill., yesterday, the Big Ten football coaches and athletic directors issued a statement that expressed their concern:

?We have serious concerns whether these proposals, as currently written, are in the best interest of high school student-athletes, their families and their coaches. We are also concerned about the adverse effect they would have on college coaches, administrators and university resources."

You can read the whole statement here.

Currently, the NCAA limits coaches to one phone call per month from June 15 to July 31 to recruits that had finished their sophomore year, and two phone calls per month after Aug. 1 of their junior year. The NCAA first placed a ban on coach-to-recruit texts in 2007.

Wilson says not to make a big deal over the unlimited texting. The ban initially was put into place before the advent of unlimited texting plans. Before that, phone plans often allowed only a few free texts before charges were incurred. Remember the days of those eye-popping $500 cell phone bills?

And, Wilson notes, staffs employ direct messaging through Twitter and Facebook posts-de facto forms of texting that go right to the cell phones of recruits when the proper apps are installed. So, why not allow texting now that it isn?t cost prohibited?

The rule that pushes up recruiting to July 1 after a player?s sophomore year-almost a year earlier than now–is in response to recruiting ?bump ins? that are all too common. Here?s how it works: A college coach is at a high school and just happens to ?bump in? to a top player who is junior. By NCAA law, the parties can?t converse. But, well, you know what happens.

Perhaps a bigger concern-but less ballyhooed–is over a proposal that will allow schools to augment their staffs with additional personnel to help with recruiting. The problem: Not every school has the resources to hire personnel devoted to recruiting, allowing the rich to become even richer.

?Let?s take a step back and not plunge into this,? said Wilson, who has no idea if all the proposed changes will pass. ?That?s what we as Big Ten coaches want to do. Let?s not just race into this. Let?s study it some more first.?

It makes sense. But the rush for change and simplification may push these new rules through whether the potential impacts get studied or not.