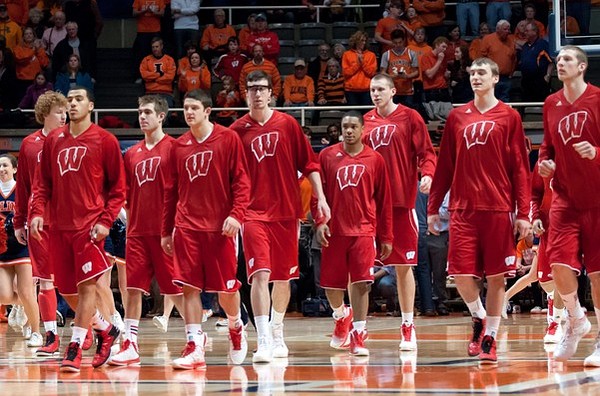 The beat goes on in the Big Ten as we enter the second half of the season with Indiana sitting atop the polls for a second time this season. Three teams have a chance to make a statement this week: Michigan, Ohio State and Wisconsin. The Hoosiers will have their mettle tested by games at Illinois and at Ohio State.

Here is how I rank the Big Ten games this week.

1. Ohio State at Michigan, Tuesday. The Buckeyes beat the Wolverines, 56-53, earlier this season in Columbus. And Ohio State is hot, having won four in a row. How will the Wolverines respond coming off that loss at Indiana?

2. Indiana at Ohio State, Sunday. Another tough road game for a Hoosiers? team that has many rugged trips in the second half of the season. These teams meet again in Bloomington on March 5.

3. Michigan at Wisconsin, Saturday. The Wolverines are in the midst of rugged stretch, as they will play this game coming off a home contest with Ohio State. After this, Michigan goes to Michigan State. Escaping the always suffocating Kohl Center will be tough.

4. Minnesota at Michigan State, Wednesday. The Gophers beat the Spartans, 76-63, in the Big Ten opener for these teams back on New Year?s Eve. The Gophers have won their last two games after a four-game skid. The Spartans won?t have Travis Trice (head) but will have Gary Harris (back).

5. Iowa at Wisconsin, Wednesday. The Hawkeyes have had the Badgers? number, beating them twice last season and once already this season, 70-66. Both teams are struggling, as Wisconsin is 2-3 in its last five and Iowa is 1-3 in its last four.

6. Indiana at Illinois, Thursday. Should the No. 1 Hoosiers be on upset alert? Indiana will enter Champaign hot, having won five in a row. Conversely, the Fighting Illini have gone 3-8 since a 12-0 start and have lost four in a row in Assembly Hall.

7. Illinois at Minnesota, Sunday. The Golden Gophers need better production from a bench that went scoreless in a home win over Iowa on Sunday. A win in hostile Williams Arena would be just the elixir for what ails a struggling Fighting Illini squad that is 2-7 in Big Ten action.

8. Northwestern at Iowa, Saturday. Iowa?s NCAA hopes are slipping away. This is a must-win. The Hawkeyes won in Evanston earlier this season, taking an emphatic 70-50 win. NU was clicking in a big win over Purdue on Saturday. Which team will defend and rebound the best?

10. Purdue at Penn State, Tuesday. The Nittany Lions still are looking for their first Big Ten win, as life without injured Tim Frazier has been tough. Well, it may come vs. a Boilermakers team that has lost its last two games by a combined 52 points. Oh, the Nittany Lions whipped Purdue last year in State College, for what it is worth.

11. Penn State at Nebraska, Saturday. A battle between the 11th- and 12th-place Big Ten teams who are a combined 2-17 in league action. The Cornhuskers won in State College, 68-64, in mid-January. The Huskers are 2-3 in their last five. Penn State had a winless January, going 0-9.