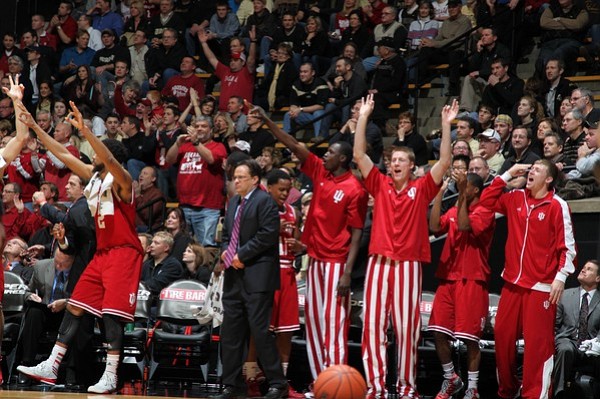 Fresh off an impressive week that included a rout at rival Purdue and an eight-point win over then-No. 1 Michigan, Indiana reclaims the top spot in my weekly Power Rankings. Where does your team land on my latest list? Find out in this post. Oh, and feel free to send me your thoughts, either in the comment box at the bottom of the post or on Twitter (@BTNBrentYarina).

1. Indiana, (20-2, 8-1) – No. 1 again, both in the national polls and right here, the Hoosiers have taken their game to another level with Yogi Ferrell's recent improved play.
Last week: No. 2

3. Michigan State, (18-4, 7-2) – How good was Keith Appling in Michigan State's double-digit comeback victory against Illinois? He flirted with the Big Ten's first triple-double of the season (24 points, 8 rebounds, 7 assists).
Last week: No. 3

T-7. Northwestern, (13-10, 4-6) – Think Fort Wayne, Ind., product Reggie Hearn likes facing his old in-state schools? The former walk-on, who scored 22 points vs. Indiana a couple weeks ago, torched Purdue for a career-high 26 on Saturday. He shot 62 percent in the two games, to boot.
Last week: No. 9