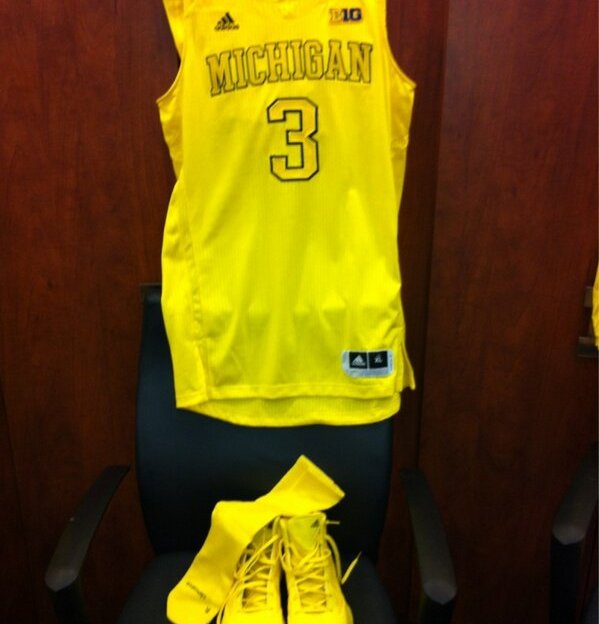 No. 10 Ohio State won't be the only team sporting a new look for Tuesday night's rivalry game at No. 3 Michigan. On Monday, the Wolverines announced they will debut an adidas maize monochromatic uniform, in addition to some flashy maize shoes.

The uniform design should look familiar. Nebraska and Wisconsin, also adidas teams, wore their versions of it for the teams' meeting last month, and they'll do so again Feb. 26 in Madison. Also, the NBA donned similar threads for its Christmas Day marathon.

The biggest complaint about this latest adidas design is that it can be difficult to read player numbers and last names on the back of the jersey. The surnames are the exact color as the jersey, so it's tough to read unless it's a close shot.